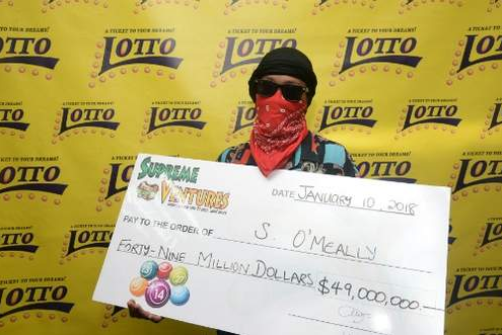 “S Omealy” has finally come forward to claim his $49 million prize. He has been playing the lottery now for 20 years and despite coming close a few times he never stopped playing. His lucky day finally came as he now has a lot more zeroes in his bank account than before.

The winner is clearly a smart man as he disguised his identity. He knows the kind of country he lives in, so it is the best thing to do so not only himself or his family is safe from the people who think what is yours is automatically theirs.

Hopefully, he can keep a secret and we do not hear that he was hurt for his prize money. This is one of the few good news stories to pop up in the news this year!

Reneto Adams Is Obsessed With His Own Anancy Story