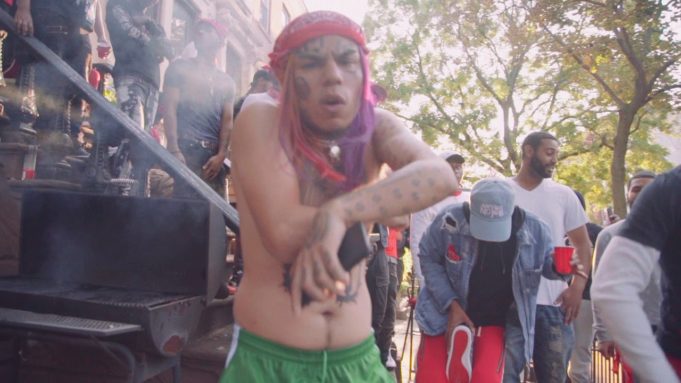 A video shoot for 50 Cent and rapper 6ix9ine came to an abrupt end when shots were fired in Brooklyn.

Police report that while the video shoot was underway, a white car pulled up and several shots were fired. This caused those present to disperse and there was a lot of chaos and confusion.

Luckily there are no reports of anyone being hurt in the shooting.

The “get the strap” video was being shot for some upcoming music for the hit show “Power”.

That is why 50 Cent was present as well as other rappers like Cassanova and Uncle Murda. To be fair, when you have a coming together of so many street rappers there is likely to be some sort of violence, unfortunately.

6ix9ine, in particular, has been in constant trouble lately. He has a case in front of the courts but that hasn’t stopped him from getting caught up in very tricky situations.