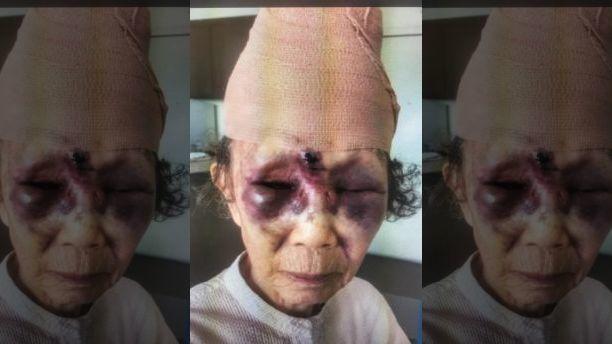 86 year old Mi Reum Song was attacked by what some would think is a grizzly bear in Korea Town, California. In reality, the attacker was not a wild animal but a coward man who was caught on camera running away after the incident. Clearly, he thinks he is a tough guy as he punched the senior citizen causing her to smash her face on the pavement.

The coward was seen running away from the scene, luckily he was caught on camera. Police are requesting anyone who recognise him to please contact them and help Mi Reum Song get some justice. Here is the surveillance image of humpty dumpty as he scattered from the scene.

If you have any information, please get in touch with the LAPD directly or just call 911.