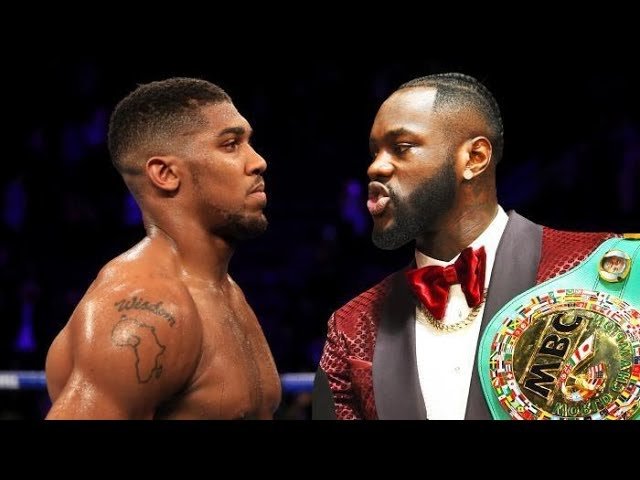 Anthony Joshua and his team have offered Heavyweight champion Deontay Wilder $12.5 million for their fight.

This offer is so low that it can only be considered as disrespect. This fight would be the biggest showdown in the heavyweight division for at least the last decade.

The division has been losing fans for a long time now as Smaller fighters such as Floyd Mayweather and Manny Pacquiao were the main attractions in boxing.

Not since the days of Lennox Lewis, Mike Tyson and Evander Holyfield have the heavyweight division been this competitive and exciting. If Anthony Joshua is serious about making this fight he needs to offer Deontay Wilder a better deal.

He needs to get a share of overall proceeds

When Joshua fought Joseph Parker, he gave him 1/3 of all the money made from the fight. Wilder is a much bigger draw than Parker and is the guy people want to see Joshua so how can he offer a flat rate of $12.5 million? This looks like a clever way for Anthony Joshua to duck and avoid fighting Wilder.

Now he can say he made an offer but it was refused. Even though he knows the offer is too low and would not get accepted by any decent fighter, much less a heavyweight champion like Deontay Wilder.

That is laughable and shows that Anthony Joshua does not really want to fight Deontay Wilder. He is afraid of his undefeated title being stripped from him. This is what he has built his brand around as well as being “humble”.

Joshua needs to stop worrying about appeasing the British public and focus on making a real name for himself globally. At the moment he only fights in the UK where he is the darling of their boxing industry. The funny thing is the same British people who claim they love Joshua now will switch on him the moment he says one thing they don’t agree with.

They love you when you are passive and harmless

If Anthony Joshua came out talking about some of the social and political issues that Britain is faced with now, he will quickly realize that the “love” the public has for him is very conditional…..