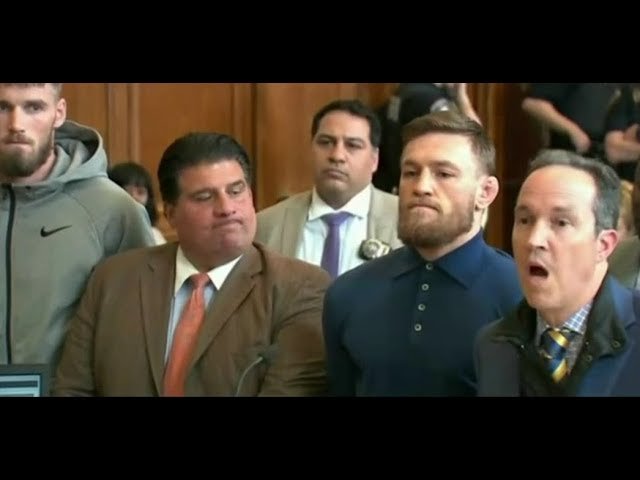 Conor Mcgregor was finally arrested today after having a warrant for his arrest.

He appeared in court with his co-accused to hear the charges that are being laid against him. He was charged with three counts of assault and one count of criminal mischief.

He was granted bail in the sum of $50,000 and freed for the time being. What he isn’t free from is the lawsuits that he is now facing from all the people who were involved in the fracas.

He managed to injure not just passengers on the bus but also cause a significant amount of damage to property.

The fact that his bail was only $50,000 is actually quite surprising considering who he is and the seriousness of the issue. If this was Floyd Mayweather he would be paying a much higher bail fee than that, rest assured.