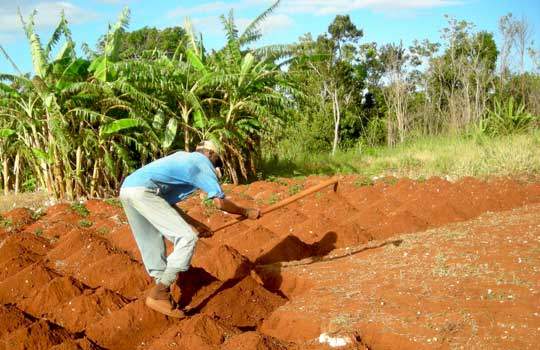 As a schoolboy, when teachers would ask what you want to be when you grow up, the majority of the class was seemingly packed with doctors and lawyers. If you dared to say anything else, you were looked at like a “Kruff” by your fellow classmates and even the teacher. This was fascinating to see, mainly because most of the budding physicians and lawyers were clearly not aware of what these jobs entail.

Where did they get this from then? simple, their parents. Jamaicans especially, have a special level of reverence for Doctors and Lawyers, they are treated like God’s gift to the island. Now I already know the claims of being “bad mind” are going to be thrown around instantly. “You just mad because you couldn’t be one”, I mean who wouldn’t want to spend 10 years in various schools, accruing millions of dollars in debt. I have a friend who is a doctor, believe me when I tell you that it is not as glamorous as people make it out to be.

they should be respected, not worshipped

It requires an extraordinary amount of hard work and dedication to become qualified and for this, they deserve to be respected. Same applies to Lawyers or any other career that requires you to spend a great deal of time studying to achieve your goals. But, the reverence for those that hold these positions in unjustified and outright laughable.

parents want the status boost of having a doctor/lawyer child

Children are being pushed into these two careers because their parents are thinking about STATUS in society and not the jobs themselves. Yes, they are selfish! go on my child, become a doctor so I can tell every single person I meet that my child is a doctor. Of course, they never admit this, they pretend like that is what the child wants. After all, 5-year-olds lust after spending hours preparing a case to defend alleged criminals.

Be honest, you probably didn’t know what you wanted to do for a career in school. You had a standard answer, but really you didn’t have life figured out that far yet. You told your parents what they wanted to hear and kept it moving.

But what’s the problem? you may ask. Nothing is wrong with putting doctors and lawyers on a pedestal or even teaching children to aim high. You’re right in some ways but the greater point is being missed if you think this is just med and law bashing.

In a society, everyone has a role to play. We need taxi drivers, engineers, site construction workers, entrepreneurs etc. Alot of people are miserable and depressed in their jobs right now, because they did not pursue the career they wanted, instead, they pleased their parents. Alot of people who could have been great teachers or electricians wasted alot of time and money in school, trying to live their mommy and daddy’s dream.

mommy and daddy want to live vicariously through their children

In school, I had classmates who were very gifted with their hands. They could build and design almost anything, these guys were clearly made for the architectural side of things. They never pursued it, because in Jamaica and the Caribbean as a whole, if you are not a doctor or lawyer then you have failed in life. Who wants to disappoint their parents? when your mother says, “here comes the future doctor”, you smile and say “yes mummy”. You know full well that you wanted to become a dancer in Ding Dong’s Ravers Clavers crew! ok, maybe you didn’t know that back then but you get my point.

I don’t want our doctors and lawyers to think that they are being attacked, you are not. This is the way you come see things and you just work with it. Let’s be real though, alot of your colleagues are not that brilliant right? the average doctor/lawyer is not as academically gifted as people assume, a matter of fact alot of them are average.

doctors and lawyers are far from being the best and brightest

My own lawyer is clearly one of the slower ones to be accepted in the bar. I would sack him but he is very useful when it comes to signing paperwork to speak of my character. Oh yes, any doctor, any lawyer, no matter how incompetent or crooked, can recommend you for important pieces of paperwork. This system is archaic and is a real throwback to Jamaica’s colonial time when only some people were seen as important enough to make a judgment on your character.

Now you might argue, all countries treat doctors and lawyers this way. That would be false, they are respected professionals everywhere, but poor/developing countries are the only ones who idolize them so much. In developed countries, you see other so-called “important” people sharing in the adoration. Scientists, civil engineers, meteorologists etc. are all careers that young people know about and aspire to.

This is why you see so many young people do major things in countries like America. From an early age, they are exposed to a wide array of professions and they can go “I want to be like Steve Jobs” and not get laughed out the classroom.

Someone like an event promoter, who employs hundreds of people directly and indirectly when they put on a big show will never be shown the same level of respect as a bottom of the class finishing lawyer/doctor. This mentality needs to change, the way how we treat people based on their careers have to change as well. If not, UWI and UTECH will continue to be packed with a bunch of kids scrambling to enter a career they have no passion for.

no man no more than no man

When you meet someone who wanted to become a doctor on their own will, you can tell. They have a passion for their job that oozes from their pores. they get a real sense of satisfaction from seeing someone’s health improved. The same applies to great lawyers, who you can tell get a real kick from seeing justice delivered to their clients. Important tasks for sure, but so is the guy who cleans the sewage system so we don’t have to walk in filth and urine.

Video Of 5 Year Old Being Abused Is From Trinidad, Not Jamaica