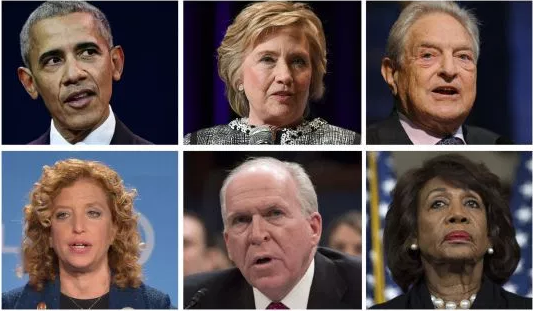 By now you would have heard about the ‘MAGA Bomber’ and the numerous packages that were sent to prominent Democrat politicians and supporters. Now while we wouldn’t describe ourselves as conspiracy theorists over here on Kijana Waasi, we are well aware of how far people are willing to go to further their agenda, especially during an election season.

Some users online are already calling this MAGA Bomber story a “false flag” and a “hoax”. We are not going that far but check out these points and then make up your own mind.

Here are five problems we see with this ‘MAGA Bomber’ story

None of the bombs went off

What kind of Mickey Mouse, Road Runner TNT gimmick bombs were these? close to 10 “bombs” were sent and not a single one went off.

What are the odds of that happening? very slim. looking at the images of the devices, these things wouldn’t get a B for a high school science project much less be considered bombs. That thing couldn’t blow up a dollhouse much less a building. The authorities know this full well and will soon have to confess that they exaggerated the seriousness of these “bombs”.

The “bombs” arrived on the steps of the Obamas and Clintons

Lies. This was the first thing that got the eyebrows raised when it was announced on CNN.

Do you think the residence of Former Presidents is like John Doe and Plane Jane? these people do not get mail placed on their steps.

Anyone with any knowledge of VIP personnel security will tell you that their mail is screened before it gets anywhere near their homes.

If you could just send a package to the steps of Former Presidents they would have all been blown up by now.

How did that package get on the steps? did the mail screener see that it was a device and they still delivered it? then afterwards somebody else discovered the weapon of mass destruction in that envelope? none of this is adding up.

The logic that this is somehow Donald Trump’s fault

The President deserves to be criticised for a lot of things but this is laughable. This stinks of desperation from the Democrats as the elections draw near.

Remember when that left wing lunatic actually carried out a terrorist act by shooting up that baseball game packed with Republicans? Barrack Obama was President, was he blamed for the attack? no.

That would be illogical. Well, who cares about logic when you are trying to get back in power! this has now been spun as a result of Donald Trump’s rhetoric.

This happened a couple weeks before a major election

On November 6th, 2018 Americans will go back to the polls for Mid Term elections. Why on earth would a Pro Trump supporters pull a stunt like this now to give the Democrats more ammunition?

This incident has made them overnight victims and added an even more negative spotlight on Donald Trump. In what possible way could this have helped the Republicans? that is what the supposed bomber would need to justify if he really is this super Trump fan as we will inevitably hear.

Police arrested 56-year-old Cesar Sayoc. They claim he is the man responsible for carrying out these acts.

They released pictures of his vehicle and you couldn’t make this stuff up if you tried. The entire vehicle is covered in Trump stickers, basically showing how much of a die-hard fan the guys is.

Which terrorist do you know drives around in vehicles that attract so much attention? he might as well have a sign on his head saying pull me over. If he wanted to blow someone up, it would have been easier to target the many pop stars that criticise Donald Trump on a daily basis.

People like Jay-Z, Beyonce, Snoop Dogg etc are all huge Democrat supporters and are much easier to reach than the home of the Obamas and Clintons.

Entertainers perform in large venues, in front of large crowds. They are not shielded like Former Presidents and controversial Billionaires.

Do you think the MAGA Bomber is a false flag/hoax? do you think these were bombs designed to kill or just to scare and get some information? let us know what you think in the comments section.