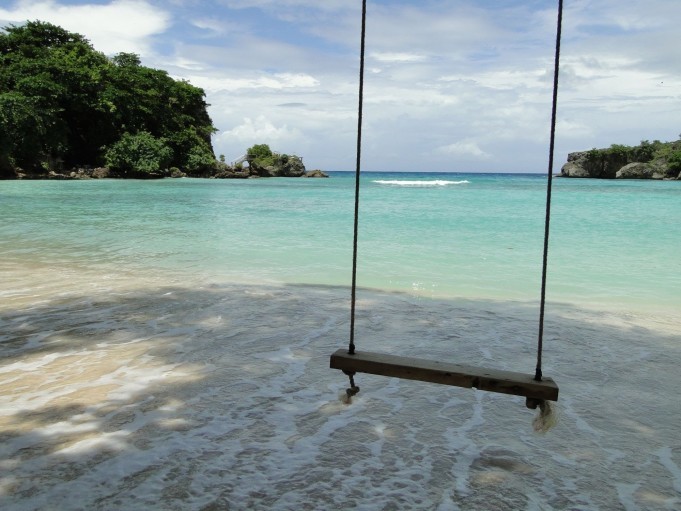 “When me check it out Lord, nowhere nuh better than yard”, this verse came out of the gospel of Admiral Bailey chapter 1. Since my article on Jamaicans transforming into the most discipline people when they are at the US embassy US Embassy Article was such a hit with my readers, The next natural step is to address the place everyone is trying to escape to. It is my intention to demonstrate that foreign is overrated.

If you listen to some people you would swear it is heaven. In actuality, there is a bit of snobbery in what people consider to be “foreign”. The name should be applied to any country that is outside of Jamaica, but it isn’t. When Jamaicans say they have a relative who lives in foreign, they usually mean the UK, America or Canada. Those are the 3 most revered countries it seems. Other Caribbean countries are not given the foreign title instead, people say “small island”. So for the purpose of this article, when “foreign” is mentioned, it refers to those 3 countries.

why does everyone want to go foreign?

Well this is due to a number of reasons, some of the most obvious and mythical ones are;

* Better economic conditions. This one is no surprise as the Jamaican economy has been like a 3 legged donkey trying to climb a hill.

* Safer(relatively). Crime and violence scare away alot of people from Jamaica.

* Imaginary streets paved with gold. There is this myth that it is easy to be rich in “foreign”, once you land you will just suddenly become a millionaire.

* The fantasy of fast money. Following up from the previous point, a lot of Jamaicans who live abroad have a tendency to come back on vacation and pretend to be ultra successful. This makes their friends and family ere think money comes quickly and easily in “foreign”.

unless you are selling drugs, there is no fast money in foreign

Remember those crews that use to “floss” all over Jamaica back in the day? they helped to shape people’s perception of what life is like abroad. They helped to paint the picture of being able to get alot of money with very little effort. They were mostly drug dealers who did not have “regular” jobs, the money came fast but it also left them just as fast. how many of them are still around now?

Most Jamaicans who migrate have normal jobs. They have to wake up super early and clock in at their workplace just like someone in Jamaica has to. They have a fixed monthly salary and a bunch of bills they have to pay, just like they did before they migrated. The one clear advantage is that they will get paid more for the same job in foreign than they would in Jamaica. A Jamaican waiter makes much less money than an American waiter.

Facts. A matter of fact, the only thing stopping alot of Jamaicans from returning home is pride. How do I know this, well this article is coming from experience. I went to University in the UK and had my first job there, so I lived in the country for a number of years. I have also visited the United States(New York, Miami and Jersey), the only country of the big 3 that I have no personal experience with is Canada, but I have enough relatives and friends there to know about it and come to the conclusion that foreign is overrated.

When your family member says they have no money to send to you through Western Union, it’s not always them being “mean”, it is often the truth. They are probably living pay cheque to pay cheque, especially in London and New York. The real trap is in the bills you pay, so even though you make more money than you would in Jamaica, you have alot more bills to pay. Everything you make seems to go right back to the government. Rent is also a big killer as you might have to pay $1000 US/Pounds a month for a room that looks like a matches box.

Here are the main reasons, I firmly believe foreign is overrated(if you are not a criminal).

* You make more money but you have more expenses. In the UK, you have to pay a tax to watch your own TV! let that soak in your head for a minute.

* Food is lower quality. I don’t know about you but food is very important to me and that process food just doesn’t get along with me. Everything tastes different; ackee, callaloo, KFC, chicken, beef, yam etc. You can get them all but they just don’t hit the same spot like local Jamaican food.

* The weather is depressing. This one is hard to explain to someone who has never travelled abroad but think of it like this. You know how when Jamaica gets rain for a week straight, everybody is gloomy and down? multiply that by 100 and that is what London, New York and Toronto are like. It’s like you have an elephant sitting on you and it saps your morale and energy. There is a reason why tourists spend so much money to come lay on our beaches and get some sunshine.

* Foreign has no “vibes”. Another one that is hard to explain! You can get the biggest sound system, the most premium liquor and the hottest girls you can find and throw a party abroad, it just won’t be as fun as the average Jamaican street party. If you go to a party in foreign, you just cannot feel the same vibe like you do in Jamaica, it just feels unnatural and manufactured.

* You become a robot. Work and home, work and home. You have your bredren that lives 5 minutes from you and you can go for months without seeing him because your life becomes so robotic that you can’t stop to do basic things like socialising. In Jamaica, people take it for granted that you can just go “link up” with one of your friends and knock some dominoes and reason. This rarely happens in foreign and when it does it doesn’t feel the same.

* You are second-class class citizen. Jamaican goes to foreign and get treated like a guest in someone’s house, a foreigner comes to Jamaica and gets treated like the owner of the house. enough said.

* You miss the simple things about Jamaica. Being able to head over to Hellshire with a group of your friends or drive to the north coast might not seem that special when you live in Jamaica. When you are abroad, you value it like gold and silver.

does this mean I hate foreign?

By now you’re probably thinking this guy must have had a terrible time abroad and hate foreign now, hence this article. Far from the case, I never had any major issues and apart from the weather, people and food I actually had alot of valuable experiences abroad. It is a good place to see how developed nations operate, things that are normal in Jamaica like efficiency, punctuality, crime, infrastructure etc. are all to a much higher standard. When you come back to Jamaica, you get frustrated because you know it can be done better. I don’t hate it, I just believe foreign is overrated.

This is a conversation that happens in many barbershops and hair salons all over London, New York and Toronto. The overwhelming majority always agree that they prefer to be in Jamaica. As mentioned before, the reason alot of people don’t just pack up and go home is because of pride.

I remember a guy in my old barbershop in London telling me that “the first time I ever feel real depression was in England”. He says he was just as poor in Jamaica but mentally he was in a better place. There are people who have been living abroad for 10,20 years and they are still broke! at that point, what is the point of living in foreign away from your family and friends.

Man From Cassava Piece Shot, Chopped And Burned To Death