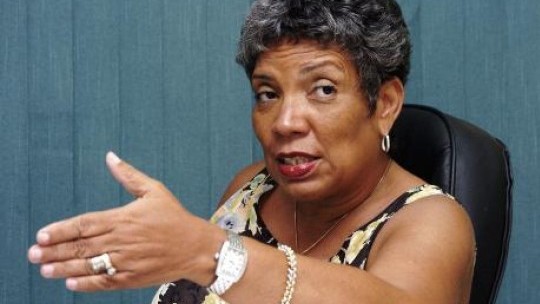 Whenever we hear scamming, we automatically think about them boys down there in Montego Bay, St. James. They were considered the top scammers for a long time, but now they have been dethroned. Jennifer Messado is (allegedly) the reigning undisputed champion.

Mobay scammers are inner-city youths who were looking for a get rich scheme. Most of them came from poor communities and were used to being surrounded by poverty and crime.

That is a formula that usually makes some people turn towards “get rich quick scams”. Basically, nobody expected any better from them as the society never put them on a pedestal and treated them like they were special.

For some reason, people use different words to describe Jennifer Messado’s alleged actions and those of the more popular scammers from St. James.

The media keeps using words like “defraud” and “misplaced funds”, lets cut the crap! she is a scammer(allegedly).

As you can see I have to keep adding on the word allegedly because I am not making no lawyer richer fighting any 3-year libel lawsuit.

Now as I was saying. Scammer. No different from the Mobay boys and even worse than them.

This was a lawyer that was sitting on the bar. This was someone who was in a position of trust and authority.

jennifer Messado used to command instant respect because of her profession. her background was not some crime-ridden area in Flankers, Montego Bay. She is from “Uptown” and she used to rub shoulders with movers and shakers.

Now they have all gone silent as usual, acting like they didn’t know her.

Personally, this is not a surprise to me. A lot of Jamaicans are screaming “but she a lawyer” as if lawyers don’t thief, scam and rob too.

I don’t even trust Pastors, so imagine attorneys.

Last time I did a major transaction in Jamaica, I paid one lawyer to overlook what the other did. That is the reality of the situation.

Let me tell you this, she is not the only one. She just got caught.

Every major criminal in Jamaica has a “Lawyer Link”. How often do you hear an Attorney give up their client and leak their criminal activities? go on name three cases in the last 10 years.

As long as they get paid, they are with it. Obviously, this is not arguing that ALL lawyers are criminals!

I had to drop that in for the simpletons who will ignore the point of this post.

The simple fact is, in order for a SOCIETY to be corrupt, it has to need those in “white collar” positions to participate.

The perception of a group of money hungry poor people scamming is the one we see the most. The reality is that poor man scamming is small-scale chicken feed.

The real scamming in Jamaica is being done by some of our Lawyers, Police, Teachers, Politicians, etc.

People in positions of power who can do a crime and then clean up their own trails.

Which ghetto youth can get files erased and “misplaced” in an official government agency? zero.

Poor scammers only last about 3 years of hype on average. They find a new scheme, get rich, buy a nice car, date hot girls and then soon end up dead or in jail.

High Society scammer last 20,30 years! some of them even get the chance to pass the corrupt money down to their children who don’t even realize that they are spending “blood money”.