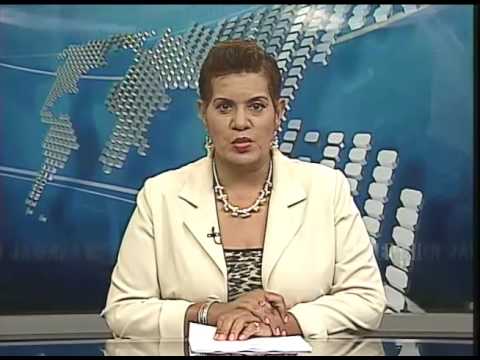 Dorraine Samuels has passed away at age 59. She was suffering from Cancer and after a long and hard battle, she has lost her life.

Dorraine Samuels need no introduction as she is the iconic face of news in Jamaica.

It is surprising that she is 59 as she looked much younger and never lost a step from the first time she appeared on our TV screens.

For some reason it seems like she has been on TV forever. She was that good for that long that it just didn’t make sense to replace her I guess.

Jamaica has lost a true icon. One that belongs in the same boat as the recently deceased Ian Boyne.

Her demise isn’t much different from Ian’s either. Out of nowhere we heard she was sick, then we were told all is well. Shortly after we hear she is dead.

She underwent surgery recently and it was hoped that she could maybe one day return to our TV screens.

Unfortunately, she did not recover fully and she lost her life to the classless, religion less, gender less kill called Cancer.

It does not discriminate and it continues to take people every day.

We do not know what form of cancer she had but the spotlight on her death will hopefully highlight the fact that this illness is not a thing of the past.

Dorraine Samuels has earned her place in Jamaica’s media history. There is no way her legacy can be erased so the only thing we can do is celebrate hr life.

Over the coming days, expect to see the outpouring of grief from celebrities and dignitaries.

Niko Chromatic Has Died After A Long battle With Kidney Disease

Some Jamaican Road Contractors Are Either Amateurs Or lazy

Why Is There Less Police Shooting Of Black Men Under Donald Trump?