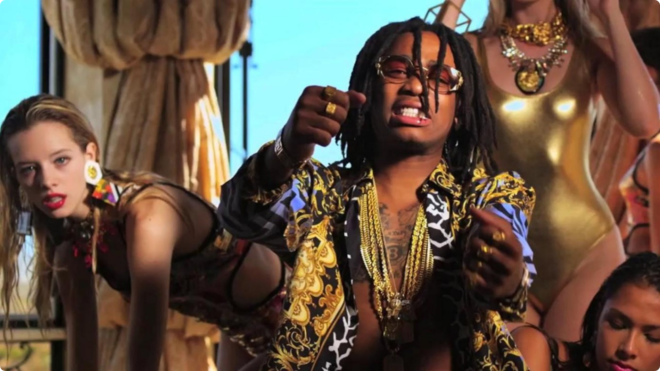 Three things in life are certain; death, taxes and rappers giving free promotion to brands that don’t want anything to do with them. The purpose of this article isn’t to bash people for liking nice things, we are all guilty of that, it’s just a matter of what we each consider to be nice. Instead, the purpose is to demonstrate how arguably the most powerful genre of music today is ignoring the very people that built it while exalting those who shunned it.

rap music is powerful, far more than you think

Hip Hop has not suddenly become a great influence on consumer habits, this has been the case since the days of Run DMC. The legendary rap group took a brand that was relatively unknown in America, especially within the Urban communities and propelled it into pop culture stardom. Their song “My Adidas” boosted the cool factor of the brand exponentially, to the point where young people now wanted to be seen wearing it.

This was in the 1980s, so even from then, the power for rap music was evident for even Ray Charles to see. Brands like Ciroc and Belaire has seen their fortunes turned around from their deals with Diddy and Rick Ross. Stars like Jay-Z, Dj Khaled, Nicki Minaj have all took relatively unknown brands and made them a household name.

This is not a problem at all, kudos to rappers who can secure these deals and make serious money outside of the studio. Ask Diddy, those Liquor cheques are much bigger than album cheques! The bigger picture is who rappers choose to use that power and influence they have to “blow up” for free.

Let’s face it, most rappers are black. The people who own the record companies might not be, but the talent is overwhelmingly African American. Majority of these rappers come from poor backgrounds, often from a single mother household. They would have noticed from an early age that blacks own very little in America. They would have also realized that certain groups of people do not associate with them or their culture.

Explain to me then, why as soon as they make it they spend their whole lives giving these brands free promotion. If these brands had to pay for this kind of marketing and product placement, it would cost them billions. Anybody who has lived or worked in Europe can tell you how much snobbery there is in the luxury industry. Jay-Z learned this the hard way with Cristal Champagne. Alot of these brands, simply do not want a bunch of young, black people with new money wearing their products. They think it devalues it and turns away their core target audience.

Most of them are PR savvy enough to not say this publicly, but every now and then one of the CEOs say how they really feel. I am not accusing these people of being racists, I am stating an open secret that there are a number of people who Luxury brands do not want to wear their products and rappers like the Migos and “Gucci Mane” are near the top of the list.

Why don’t rappers give local businesses, especially from their own black communities this same level of free promotion? Cardi B went number one on the Billboard charts with her nod to Christian Louboutin, The Migos and Drake had an entire song called Versace. Imagine that was one of the money struggling black-owned clothing businesses on Instagram? They would probably want a fortune but they can dedicate entire songs to Gucci though.

When they get trampled by “the system”, these brands don’t launch petitions for them. It is their local fans, who they spend all day telling how broke they are. I don’t see Versace or Gucci posting #freemeekmill, do you?

Patek Phillipe does not want promotion from rappers, trust me

The current thing is to hype luxury watch brands like Audemars Piguet and Patek Phillipe. The watch forums are full of people who are subtle annoyed that “thugs” are now wearing the same brands as them. Patek Phillipe and brands like that, go out of their way to be exclusive. The last thing they want to see is one of their 5711-1r watches, covered in diamonds on a rapper’s wrist. Still doesn’t stop rappers from giving them free promo every chance they get.

Here are a few examples, imagine if this was a business from their community!