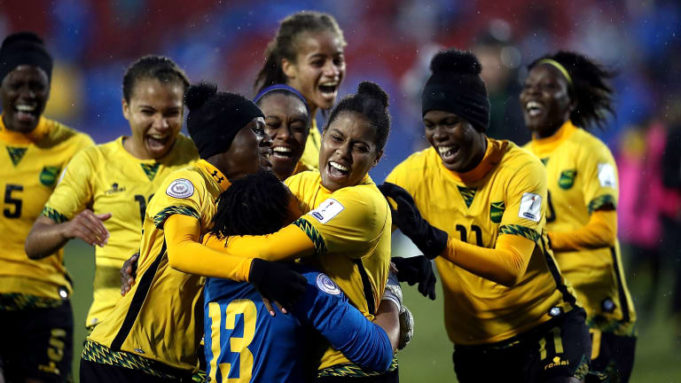 Jamaica’s “Reggae Girlz” have created history! They have become the first women’s team from the Caribbean to qualify for the World Cup.

They sealed their spot at the tournament by beating Panama 4-2 on penalties.

This achievement ranks up there with the famous 1998 Men’s team that qualified for the world cup and sent Jamaica into a frenzy.

Women’s football does not have the same following locally as the men’s team(use to have). Now that they have qualified for the tournament and write their name into the history books expect that to change.

No doubt, savvy corporate sponsors will be jumping on board to declare their support for not just the Reggae Girlz, but women in general. They will milk it for all it’s worth, just wait and see.

There will be 24 teams from 6 different confederations competing for the trophy and the bragging rights. This is only the 8th time that the tournament will be played as the female version of the World Cup did not begin until 1991.

Jamaica has not had much to celebrate in football for at least 20 years. Since the Reggae Boyz made history in 1998, it has been a gloomy period for football at the national level.

Fortunately, the women have not stepped up and announced their arrival on the international stage. Next summer will be very interesting!

Video Of Khabib Attacking People After The Conor Mcgregor Fight