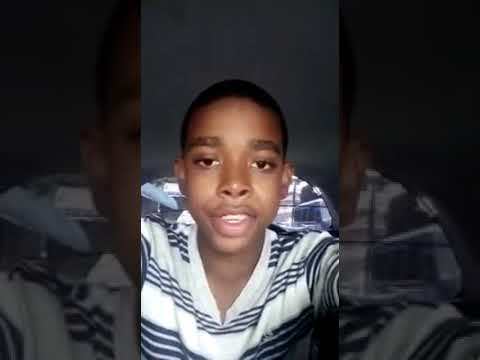 New year, same old Kijana Waasi. Now that the holiday season is over and some of you are bankrupt from all the spending, I know I have your attention again. Let’s kickstart the year with a topic that is probably controversial to most people. The myth that if you give your child lunch money, school books and shoes then that gets you into the parenting hall of fame. Naturally, this post isn’t coming from a position of high horse looking down at people, but more of an Observer, just not the newspaper.

Most sane adults can see that something is wrong with how our children are raised in Jamaica. The best people to demonstrate this are teachers. Ask any of them about some of the terrorists, sorry I mean “troubled children” they have to deal with on a daily basis. These children turn up to school on day one bad like a sore foot. These children often come from very dysfunctional families.

The common scenario is they only have one constant parent in their lives, usually a mother. Those that have a father, don’t see him that much. In Jamaica, Mama usually gets all the love and praise but do not be fooled, children notice Daddy isn’t around. This is where the controversy starts **deep sigh**

A child doesn’t care about the gifts you send to make up for the absence. The early stages of a child’s life are where they do most of their bonding. This stage is where they (should) get lots of hugs, kisses and words of endearment. Those children who do not get this at this stage in their development are done a severe disservice and the symptoms show as they get older.

The children here, there and everywhere concept is a recipe for disaster. It doesn’t matter how much money you have and how much lunch money you send, your child would rather have your time and attention. A lot of people, men especially love to tell you that they did the best they could for their child who is now a menace to society. Ask them what that mean and the first thing they turn to is something financial.

Any child psychologist can tell you that a lot of children who do extraordinary acts of mischief are just looking for attention from their parents. They realise that the only time mommy and daddy talks to them is when they give trouble, so guess what they do a lot? give trouble. The only time their parents come to school to talk to their teachers is when they misbehave so what do they do? misbehave.

Here is a list 15 serial killers childhood story of 15 of the most infamous serious killers that ever lived, look at the childhood they had. At one point they were normal innocent children, but different people react differently to neglect. Now I can already hear the “I grew up without an active/abusive parent and I turned out fine” mafia screaming at me from their laptop and phone screens. That is one of the most ridiculous arguments ever! It is as ignorant as saying “I got shot in the chest and I turned out ok” not because you got shot and lived doesn’t mean that people should be shot.

Visit any prison yard and abroad and you will see it full of young men from broken/abusive households. Now let’s clarify something, abuse doesn’t only mean tie up and torture. Abuse can come from the tongue as much as the fists. Think about how someone can say something to you as an adult to hurt your feelings, even make you cry. Now think about a child! A lot of them lock themselves in their rooms and contemplate all kinds of rash decisions. Some go to school and stress out their teachers and classmates, others shoot up their schools like we see a lot in America and some kill themselves like the young Jamaican boy Davion Johson Davion Johnson suicide story here

All these parents have one thing in common, they all think they did a great job and have nothing to do with the child’s outcome. Imagine your child has a room full of knives, guns and is an active member of a gang and you have no idea whatsoever! This is normally when they start to tell you about lunch money and pretty shoes. People treat their children like their cars. If you service the car and throw gas in it should be in great condition. Well, cars don’t have feelings. Your car doesn’t want to hear you love it and think it will grow up to be a valuable member of society. If you tell your car “you worthless like the factory that made you”, it won’t go in the garage and cry itself to sleep.

No amount of big political party plan will fix Jamaica because the problems in our society start in the home. That is where discipline, morals and values are learned. That is where the conversations that shape how we view each other take place and a lot of children never got those discussions. Instead, they learned from dancehall music and the local dons who took over the role of their parents. Ask any “badman” who they spend more time with growing up, their parents or their crew and wait for the answer.

Don’t even let me start with girls who grow up without love and attention from their parents, that would need a whole book. These girls are often so broken that they run into the arms and bed of the first man that shows them any attention, even if its bad attention. Those same girls are the called “whores” and “carless gal” by the very parent that failed them. Unfortunately, we don’t open up and discuss our feelings enough in Jamaican culture. If we did, you would see how many adults are hurt and broken by the lack of time and attention they didn’t get as a child. Aww well, at least they got lunch money………….