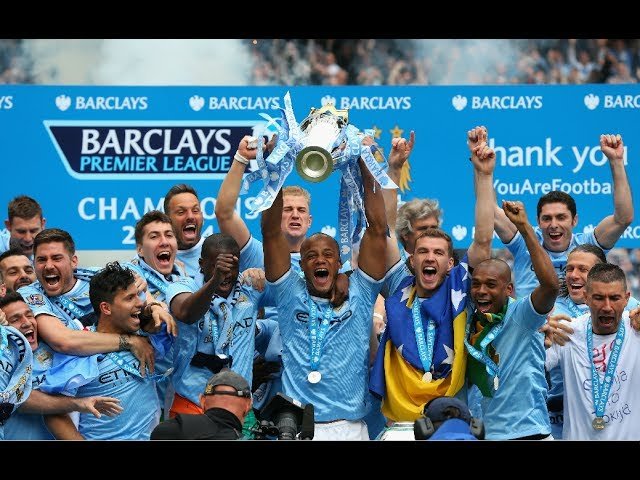 Manchester City is the Premier League Champions for 2017/2018. They won the title this afternoon after West Brom defeated Manchester United 1-0 at Old Trafford.

West Brom pulled off a major upset and has sent the blue side of Manchester into celebrations. This defeat summed up Manchester United’s season; inconsistent and short of ideas.

Old Trafford, a couple of minutes ago. Encapsulates what's happening there this afternoon. #ManUtd #WestBrom pic.twitter.com/ylnBoN464K

West Brom is bottom of the league and has struggled to win games even at their home ground. Now they go away to Old Trafford and beat a team that has close to half a billion dollars worth of talent.

Jose Mourinho has to shake things up next season

This was one of United’s worst performances at home this season. Fans could be seen leaving the stadium from the 75th minute as they were so frustrated with the way the team was playing.

The result against Manchester City at the Etihad was clearly a fluke. This is the real United and they got exposed badly today.

The most exciting thing Manchester United did all afternoon was when Paul Pogba tried his best Diego Maradona impersonation and tried to use his hand to put the ball in the back of the net.

Some people are acting like this season is a disaster for City. That is ridiculous as they have now completed the League and cup double. They still want to win the Champions League though as that is their main priority it seems.

Our Time. Our City.

Congratulations to Pep Guardiola and the City team.

Another Russian Government Critic Is Killed In London

Full Video of The XXXTENTACION Shooting Has Been Released