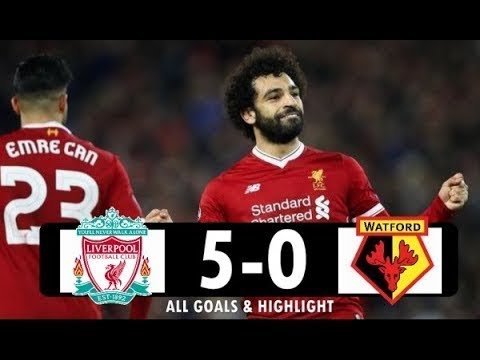 Liverpool beat Watford today in a 5-0 thumping at Anfield. Mo Salah scored four of the five goals and Roberto Firminho chipped in with the other.

This result has moved Liverpool up to the third in the Premier League with 63 points, two more than Tottenham who has a game in hand.

Once Again Mo Salah was the star of the show with a brilliant individual display. His four goals have moved his season tally to 36 goals in all competition this season.

The Egyptian striker is now leading the race for the golden boot with 28 goals. He is being trailed by Harry Kane and Sergio Aguero who are currently dealing with injury problems.

The matchup between Liverpool and Manchester City in the Champions League will be very exciting with Salah and Aguero both facing off against each other. There is sure to be goals in that game as neither of the managers are known for playing negative football, unlike the “Special One”.