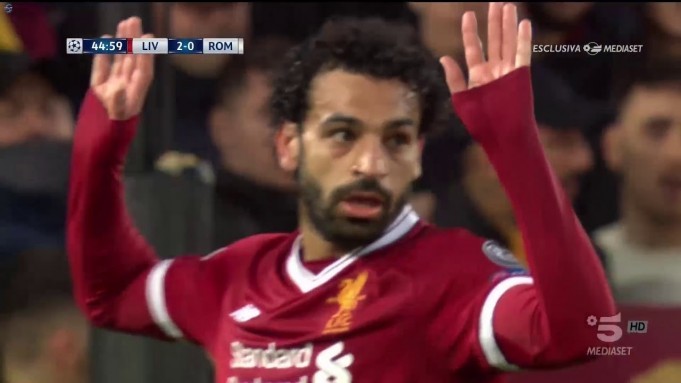 Liverpool and Roma delivered what was expected; lots of goals. In the end, Liverpool won the game 5-2.

All three of the “big 3” scored with Salah and Firmino scoring a brace and Mane getting a goal as well.

Players need to stop this nonsense about not celebrating when they score against their old teams. If you love your old team so much you should have stayed there.

Salah is employed by Liverpool FC and is playing in a Champions League semi-final. He scores a stunning goal and then throws his hands up like he is about to get arrested by the Police.

Imagine your wife/husband did this

Imagine everytime you and your partner have sex, he/she says she won’t moan because they respect their ex-lover? that is utter nonsense.

Liverpool and other fans need to start making it clear that this symbolism is nonsense. If you score for my team, you better run and slide in the dirt. You either with us fully or no way at all.

Stay at your old club since you love it so much

Football is no stranger to symbolism. We have all seen the players who kiss the badge and then hand in their transfer request couple months later.

Liverpool fans will probably not care much because they are just glad to be so close to the Champions League finals but this is pathetic from Salah. He needs to respect the fans and show some passion for the red shirt.

Nobody will say anything to Salah because he is the star man now. What is clear is that he will leave Liverpool the first chance he gets. If the semi-finals of the Champions League doesn’t get you caught up in the emotions then nothing will.