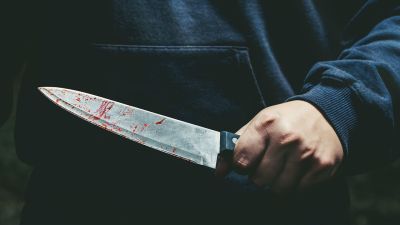 A Browns Town man ended up in the hospital in serious condition after he was stabbed during an altercation with Mr Chin.

It is reported that Huang(his real name), a Chinese citizen got into an argument with someone inside his store.

The security guard separated the two when things got heated and the man left the store.

He later returned to Oing Huang’s store and threw a chair at him. It was at this point that the man ended up with a knife in his stomach after being stabbed by Huang.

All the reports from residents seem to suggest this is a case of self defence but the businessman was arrested until the Police could investigate further.

The incident was caught on camera and Huang’s lawyer is confident that once they appear in court, his client will be set free.

The lesson here is never take a chair to a knife fight!

**Mr Chin is a generic term used to describe Chinese men in Jamaica, it is not the actual name of the businessman**