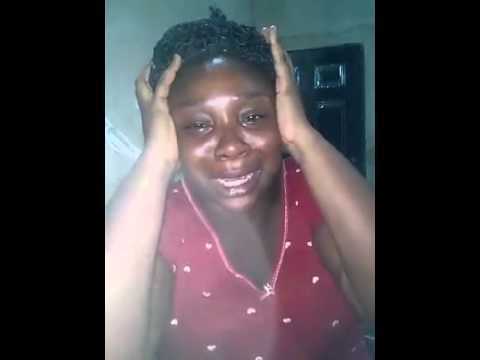 Before we go any further let me clarify that this is a question that turned up in my email from a married female reader. I am both confused and proud at the same time because clearly people value my opinion now and want my advice but on the other hand, this is a serious topic to take on. No specific details regarding the persons will be mentioned obviously but I will try to address this the Kijana Waasi way.

This lady lives in Kingston, Jamaica in a very upscale community, you know the type that if you walk by there at certain hours of the night you might get a Hawkeye or King Alarm car pull up on you. The lady says she has children her husband and they have been married since they were in their early 20s. It sounds like the ideal scenario but there seems to be a major skeleton in those walk-in closets.

Alot of Jamaican women matey is a man

First thing I told this lady is, you are not alone or unique. Undercover homosexuality in Jamaica is as common as a Toyota Probox. If you listen to Jamaican men, you would swear that all of them are straight and this is far from the truth. The culture is still not open to gay men, so alot of them resort to what Americans call “a beard”. This is not the hair that grows on their faces though, this is a woman who plays the role publicly as their wife but is really a cover for the fact that they are gay.

This wife turns up to all the events with him, take the photos and even have kids. One big scammer happy family. In alot of these relationships, the woman actually knows that “her man” is into this lifestyle and accepts the role she is playing. Especially, if the man is wealthy and can provide a good lifestyle. There are some men who do not tell their “wife” though and this is one of those scenarios.

her man had no interest in her vagina

The lady mentions that as soon as they got married, her husband quickly got her pregnant as he was very eager to have a couple kids. She describes him not being interested in her vagina once she got pregnant, no matter what she tried he just did not want it. She thought he was just not into the whole pregnant sex thing so she didn’t pay any mind to it during her pregnancies.

When they decided they would have no more kids, she thought things would improve in the bedroom. She said this is when her eyes started to open and she started to piece things together. He had alot of male “friends”, sounds normal right? well, these friends would only be seen once or twice the most. They would come to the house and be in his home office all day, leave and never seen again.

The man name in his phone was really a man

After a while, she decided to stop playing by the rules. She got tired of all the sexual rejections, numerous escuses about being busy at work and become an FBI agent to catch the woman she suspected he was cheating on her with. Know how sometimes a man will change a woman’s name to a man’s name to not raise suspicions that he has a side chick? well, she saw revealing text messages from a man in his phone. naturally, she assumed he changed the matey name to a man name.

She said she planned to go meet this “woman” and confront her on why she is breaking up a happy home. In a move that shows how creative women are when they are defending their territory, she used his phone to set up a meeting with the matey. She messaged “her” with her husband to send the message that she(the wife) was out of town with the kids so she(the matey) must come over at a certain time.

she was a he

The matey started to talk about what she was going to do with the husband when she comes over. Vivid details about things and styles she has never seen from her own husband. Fast forward to the visit from matey. She said the car pulled up, the person stepped out and walked up to the front gate and entered the code to open it. Yea, the matey knew the code to their gate! It not finished yet, matey comes up to the front door and open it and disarm the house alarm. This was no normal matey, this one had full VIP access to her house!

Due to where she was hiding, she could only see that the person was very slim. What shocked her was that her plan was to confront matey at the front gate, but now she is in the house and things are tense and awkward. When she finally gathered the courage to walk up to “this dutty gal”, she got the shock of her life. He was actually a she. She said she screamed out what are you doing in my house(she still didn’t get that her matey a man). The matey calls her by her name and says “how ****** say you gone out of town”.

The matey proceeded to tell her about the relationship he had with her husband.The man was a youngster in his early 20s, he had tattoos and did not seem to be employed based on his appearance but was very well dressed and kept up, with her husband’s money. The matey describes all the shopping trips abroad her husband has taken him on, pays his rent and car every month. What was also ironic was that the matey also had a girlfriend who does not know that he is also gay. Real soap opera style stuff.

I am not going to go into the confrontation she had with her husband as the backstory is more than enough and I am sure most people can imagine such a confrontation would be ugly. I gave her two pieces of advice and wished her the best, they are as follows;

* Decide whether status and image is more important to you than your health and sanity. She is worried that her “high society” image will be tarnished if this gets out in their circles.

These are are the two main things we discussed, we spoke about other solutions but I feel like enough has been said. This woman is not alone, alot of you women are in situations where your man have a man. This post is not to ridicule but to raise awareness as to how things are in the real world. All those gay prostitutes you love to laugh at, guess why they are selling? because men are buying. Some of those men come home to some of you.

What advice would you give her?

How To Get Your Ads Placed In Kijana Waasi Classifieds

How To Get Your Ad Placed In Classifieds Kijana Waasi - March 14, 2018

Seven People Murdered In One Night In Jamaica