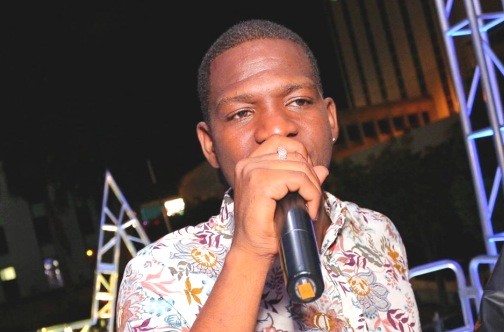 Family, friends and music fans all over are mourning the death of popular selector Niko Chromatic.

He passed away Wednesday morning after a hard-fought battle with kidney disease. He made the illness known to the public and it prompted a sea of support and criticism towards the Chromatic brand.

Some argued that a brand that “hype” should not have to appeal for donations to help one of their own. The problem with this argument is that even though Niko Chromatic was open about his sickness, nobody knew for sure how bad it had gotten by that stage.

If you know anyone with kidney disease you will know that the treatment can be so expensive that it will turn a prince into a pauper.

Nobody outside the family knows for sure but it would be really hard to imagine that they didn’t try their best to help him out. The criticisms towards Chromatic seems like a cheap opportunity to attack them. 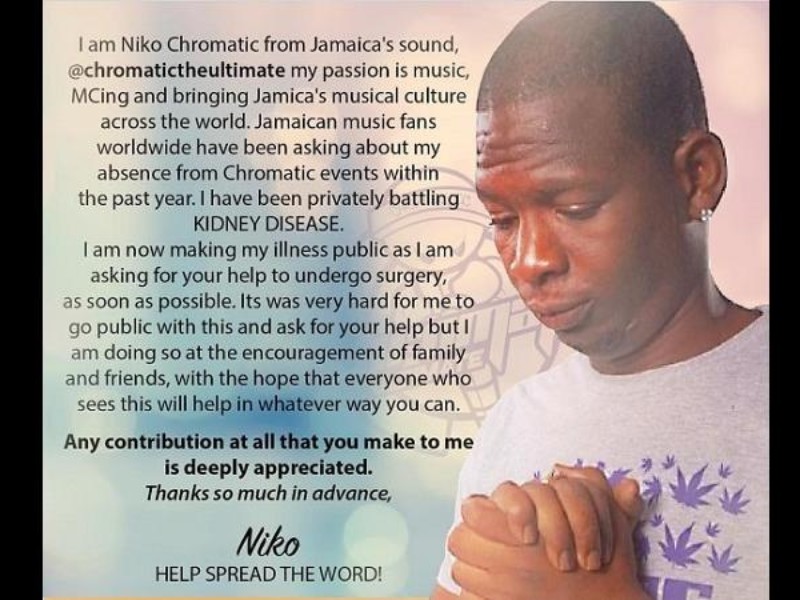 Whatever the case may be, Niko Chromatic is gone now and his suffering has ended. Kidney disease is very underrated in Jamaica. Even if you survive, you are likely to be in pain for the rest of your life.

The one benefit that might come out of this sad situation is that it has raised awareness of the disease. Dancehall has a superman culture, the artistes, selectors etc. are larger than life and normally portray an image of invincibility.

When they see something like this happen to one of their own, hopefully, it opens their eyes to the fact that man is just flesh and blood.

They can use their voice to encourage other people to get regular check-ups on things like their kidneys, breasts, etc.

Dancehall can make positive changes in society and if Niko Chromatic’s death helps to play a role in that then his suffering was not in vain.