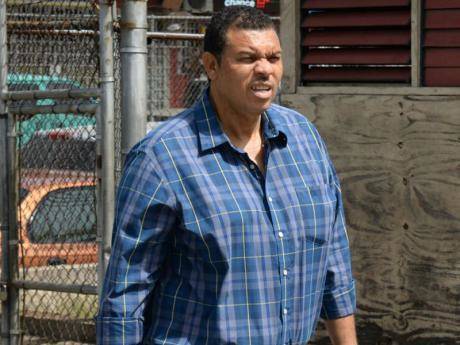 Patrick Powell has been released from prison 3 months early. He was sentenced to nine months behind bars for failure to hand over his license firearm to investigators. The reason why he is out 3 months early is that the system will release an inmate early if they have done 2/3 of their sentence and had good behaviour while in prison.

He has been replaced as the most hated man in Jamaica

Patrick Powell was the most hated man in Jamaica at one point. He was charged with the shooting of Kingston College student Khajeel Mais in an alleged road traffic road rage incident. The way the story was reported was really not how things went down that day, still not sure why people are holding on to that version of the story.

It was first alleged that a taxi man bumped into the back of his X6 and he shot up the taxi in anger and in the process, he killed Khajeel Mais. If you believed that story then I have 2 unicorns I want to sell you! That is not what happened and as a result, he was guaranteed to win the case before it even started. Instead of actually doing proper investigations, the Police and people allowed their emotions to lead them down a path of sure defeat in the trial.

Omar Collymore is now the most hated

Omar Collymore has replaced Patrick Powell as jamaica’s number one villain. His alleged hit on his wife for insurance money has captured the imagination of Jamaicans, home and abroad. Now that Powell is back, it will be interesting to see how he is accepted back into society.

Naturally, most people will say that he got off light but at the end of the day, he had his day in court and he won. He did not win because ‘the system’ looks out for rich, tall, overweight people. He won because the way the story was reported was completely wrong and the investigators built their case around a rumour. Maybe one day the real story behind that shooting will come to the light……..