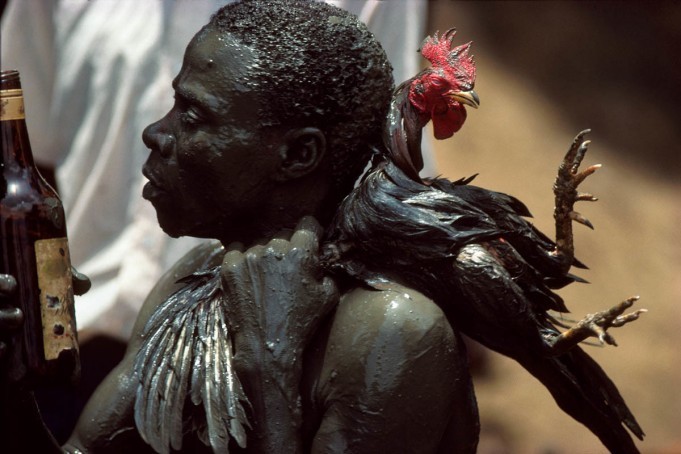 The Jamaican Security forces are reporting that they are finding various satan worshipping altars across the island. At first, the report sounded like a joke but then this should not be a surprise as Jamaica has a long history of dabbling with all kind of “spirits”.

criminality and satanic rituals are closely related all over the world

It is not exactly a secret that a lot of criminals resort to “obeah” to help protect themselves from the Police and their enemies. This may sound laughable to some but it is more common than you think. The Mexican drug cartels are known for this as they worship “Nuestra Señora de la Santa Muerte” which means “Our Lady of the Holy Death”. They worship this image as they believe it offers protection, healing and a safe passage after death. In Jamaica we use to just have the “obeah man” but it seems criminals are taking it a step further.

The funny thing about all this is the Security Minister Robert Montaque has just released a statement speaking about the discovery of these cult-like altars. He was the one who said his uncle was an “obeah man” so that raises the question, can Robert Montaque uncle help fight crime? since his uncle has the spiritual link and these gangs have the spiritual link, can they battle it out? maybe that uncle will prove to be a game changer! sometimes you have to take bad things make joke.

The minister better not try and act like they can’t fight crime because it is a spiritual war like in the book of Ephesians 6 vs12 “For we wrestle not against flesh and blood, but against principalities, against powers, against the rulers of the darkness of this world, against spiritual wickedness in high places” HEHE. Next thing you start hear that gunmen no longer escape into nearby bushes but they now escape into nearby clouds of smoke.

A person who can walk into a house and murder the man, woman and children is already a demon. We don’t need to find satanic altars to know that, what we need is a short-term solution to slash the crime rate now and a medium to long term plan to keep it low. We don’t expect Jamaica to suddenly become Switzerland or Japan levels of crime rate overnight but 1600 murder in a year is a terrible joke that must not be replayed.

Seven People Murdered In One Night In Jamaica