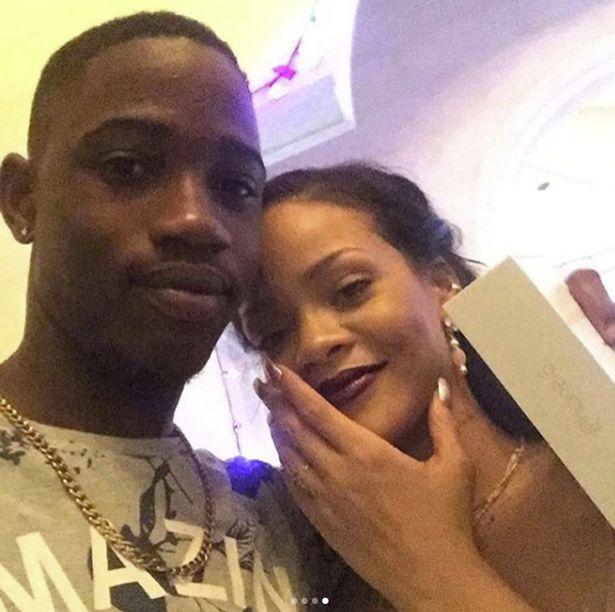 Badgalriri is now in mourning as her cousin was killed by a badman. The dead man is 21-year-old Tavon Kaiseen Alleyne, who was killed on Boxing day in the Bajan parish of St. Michael. He was attacked around 7 pm and shot several times at point-blank range. He was rushed to the hospital but unfortunately, he did not make it.

Rihanna was quoted as saying “Can’t believe it was just last night that I held you in my arms! Never thought that would be the last time I felt the warmth in your body!!! Love you always man!”. They were together over the holidays, laughing and having a good time and the next thing you know it’s time to plan a funeral. Barbados is a small place so its very likely that the killer knew that he was Rihanna’s cousin but obviously a gun doesn’t care about who is on the other end of it.

Gun crime is on the increase in Barbados now, it seems the plague is spreading everywhere. Rihanna ended her message with the hashtag #endgunviolence which was cute but I don’t think criminals care about hashtags. Let’s hope the Bajan people can defeat this bloodthirsty monster that seems to be rampant on this side of the world. Updates will follow as we get them…………

Video Of 5 Year Old Being Abused Is From Trinidad, Not Jamaica