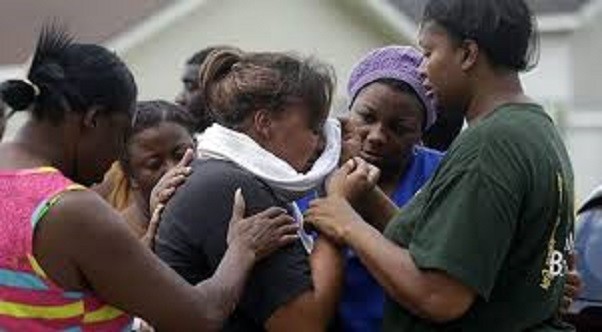 32-year-old Alecia Francis and her 10-year-old son Teco Jackson were killed by a man who was once in a relationship with Alecia.

The incident occurred in Watt Town, St Ann and it has left residents shaken and traumatised.

There were two other children who were present, the 12-year-old also received injuries but has survived and the seven-year-old guys managed to escape unharmed.

Reports are that about 10 PM Tuesday night, Alecia Francis and her three children were walking home when they were attacked by the man. He First started with the mother and then proceeded to attack the children after.

The time he would have taken to chop the mother to death would have given the children some time to run away but it seems the young boys stuck around.

This could have been to try and defend their mother as little boys often do, or out of sheer trauma.

Luckily one of the boys survived and the little girl escaped without injuries. Unfortunately, young Teco Jackson did not survive and perished beside his mother.

The Police are now hunting for the 44-year-old savage that carried out the gruesome act. If you are from the area and have any information that can help them, please do not hesitate to do so.

This One Change Can Help Prevent Your Face Getting Wrinkles