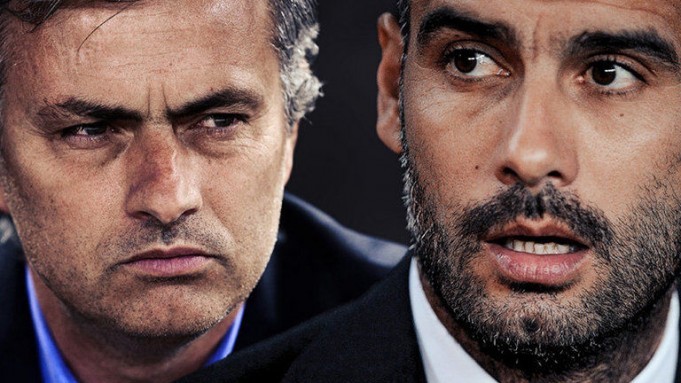 Whenever the topic of Mourinho and Guardiola come up, people often compare their trophy counts or head to head records. These are interesting things to talk about but they don’t paint the full picture. For example, Jose Mourinho has the edge over Sir Alex Ferguson in head to head meetings but not many people will argue that Mourinho is greater than Ferguson. Roberto Di Matteo has a Champions League medal as a manager, Arsene Wenger doesn’t but again would you rather Di Matteo coach your team? doubt it.

football is about memories

When you think about great teams, what stands out are moments. This is what is stuck in our minds and we tell these stories over and over again and it never gets old. We remember when Ronaldinho did that little shimmy against Chelsea in the Champions League and tucked the ball in the corner of the net. We remember R9 Ronaldo wagging his index finger in the air after scoring a goal in the World Cup Finals.

Be honest, when you think about a Jose Mourinho team you remember the results. You remember they won the same by a certain scoreline, that’s it. That great Chelsea team with Drogba, Essien and Lampard? The stats are what is stuck in our minds. The style of football is never spoken about, all we remember is that they won all the time. That Inter Milan team that won the treble is never spoken about for their style of play. They are remembered for being a well drilled industrious team that got the job done.

Pep’s teams, on the other hand, have left us with moments that are stuck in our heads forever. We remember seeing Barcelona’s midfield pass the ball in ways we have never seen before. We remember when “tiki-taka” was first introduced to our TV screens and we will never forget it. The imagery of Messi and De Bruyne weaving through balls we never thought possible makes it worth paying high cable subscription bills.

Jose Mourinho sets up his teams not to lose. He sends them out on the field to grind out a result by any means necessary. This is not a bad thing in the sense that it delivers results, hence his large trophy cabinet. It is however extremely dull to look at and hardly memorable. He is happy to win every game 1-0 for the rest of his life. He said he doesn’t like when his team has the ball because “it makes them more likely to commit mistakes”. This is an incredibly pessimistic way of looking at the game.

Pep Guardiola is the opposite. He is very confident in his team and his own ability so when he sends them out to play, he is not only trying to win but to totally outplay the nest team. He is an optimist, who has a more positive outlook on the game. This is why his teams are so entertaining to watch and players want to play for him. Does that mean that his style is superior? well, that depends on how you view success.

A win is a win. Would you rather team win 1-0 every game and play “boring”, but have a trophy at the end or play exciting football and have a trophy-less season? for some people as long as they win it doesn’t matter. Pep Guardiola is winning this season but remember he didn’t win a trophy last season. Jose Mourinho won two trophies last season with his approach!

As a neutral who doesn’t support either team, Pep Guardiola is going to be the preferred manager. His teams are more entertaining and they leave an impact on you long after the game is over. It all boils down to do you rather leaders who plan based on fear or optimism.

Niko Chromatic Has Died After A Long battle With Kidney Disease