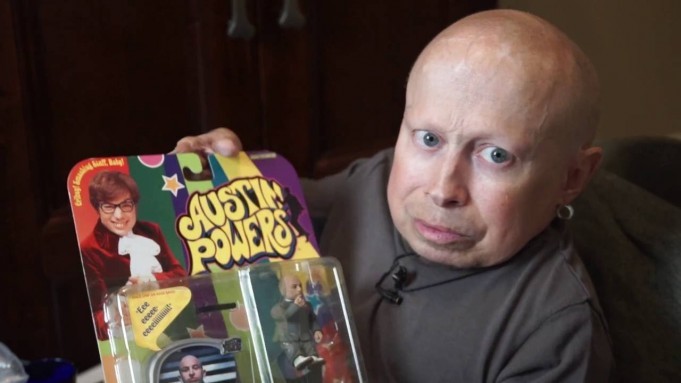 He was suffering from depression and suicidal thoughts for quite some time. He checked into a hospital just last week while he was drunk and suicidal.

Mini Me is a Hollywood legend. He became famous for his role in Austin Powers alongside Mike Myers and the movie became a cult classic.

Despite being only 2ft 8 inches tall, he was a giant in his own right. His character has kept many people entertained for years.

He is known for struggling with alcohol problems and depression. Like most celebrities, people dismiss it and say “you’re rich” as if that makes everything ok. As if these people are no longer human and feel real emotions.

His family were the ones who announced his death today (21/04/2018). They knew he was suicidal and we would all like to assume that they were keeping an eye on him but if he really wanted to end his life, he would find a way eventually.

depression is still not taken seriously

The attitude towards mental illness and in particular depression is still blase in 2018. We have seen legends like Robin Williams who spent their whole lives helping make other people laugh, end up taking his own life.

Sometimes you just don’t know who is suffering like in Robin’s case but Mini Me’s issues were more public.

His height and health issues were always going to plague him. No amount of money and fame could change that. He was surrounded by a lot of fake people who used him for his fame and wealth and will be licking their lips now at the thought of gaining from what he has left behind.

His ex wife was evil

He was married to a 6 ft tall model and she played him for a chump. She knew that in California if you are married for three years then you are entitled to half that person’s wealth.

This woman waited until three years and a day and then divorced him. Nobody came out and shamed this woman because “it was her choice”.

Society stood by and watch as he was made a fool of and used like a disposable bin bag. Men like Verne have all right to be bitter and upset, so none of us has the right to say what he should and shouldn’t have done because we never felt his pain.

Don’t say “but what about his loved ones who will miss him” because Clearly Verne Troyer did not think he was loved.

We only pay depression attention when someone ends up killing themselves or others. R.I.P Mini me!