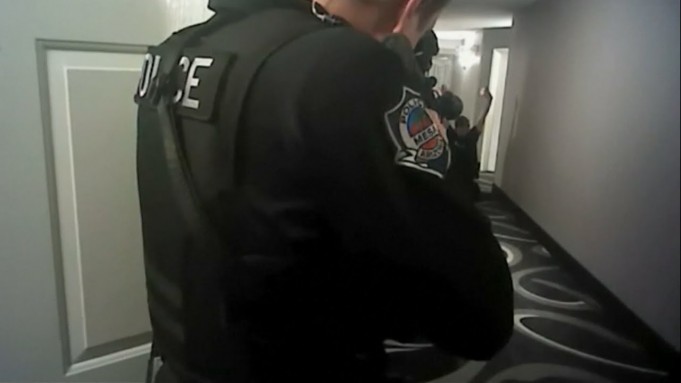 For those of you who are unaware, Daniel Shaver was the man who was killed by an American police officer in Arizona, USA. He was shot five times by officer Philip Brailsford and the whole thing was caught on the officer’s body cam. He was just found not guilty of second-degree murder, although I am sure none of you are surprised by that. Wikipedia on the shooting

In the video, you can hear officer Brailsford shouting at Daniel shaver and giving him instructions. The deceased man seemed to be trying his best to follow the instructions, even though they seemed to be extremely unnecessary. The officer was treating Daniel shaver like he was a wild bear he encountered in the bushes. I am not expert but surely shouting and acting hyper-aggressive is not the most effective method to make people comply, especially when they are already responding to your commands.

This video looks like an execution in a video game, it almost doesn’t seem real. Without the video, most people would not believe how quickly things escalated until Daniel shaver lost his life. The claim that his final move towards his waist was what allowed the officer to beat the case. he claimed he thought the man was reaching for a gun and the courts agreed with him. Watch the video and let me know what you think….

Arnie Francis Of Alliance Investment Has Been Shot Dead

Verne Troyer aka Mini Me Has Committed Suicide At 49