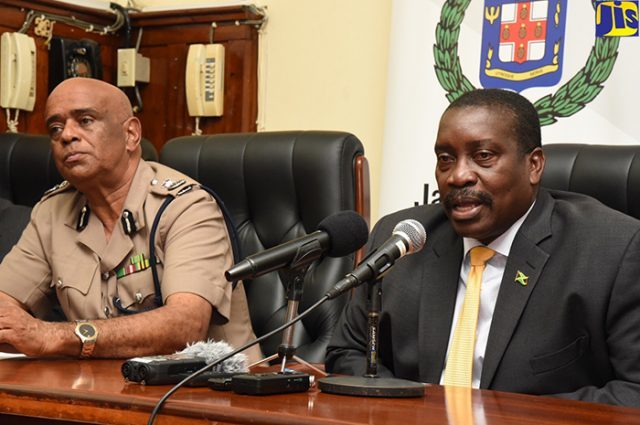 Any serious country on planet Earth that has over 1600 murders in one year would see a senior member of the Government or police force retire from their position. We already know that doesn’t happen in Jamaica, people in high ranking positions never accept any responsibility so they will have to be fired.

minister of security or police commissioner?

which one should be given the sack? the Minister will argue he doesn’t actually go around Policing areas or fighting crime. He is simply the person who delegates that task to the head of Police.

The commissioner will argue that he is doing his best and he inherited a role that has always failed to control crime.

Either way, we are fed up with excuses now! If you can’t handle a role then you should be removed from it, so who do you think should go?