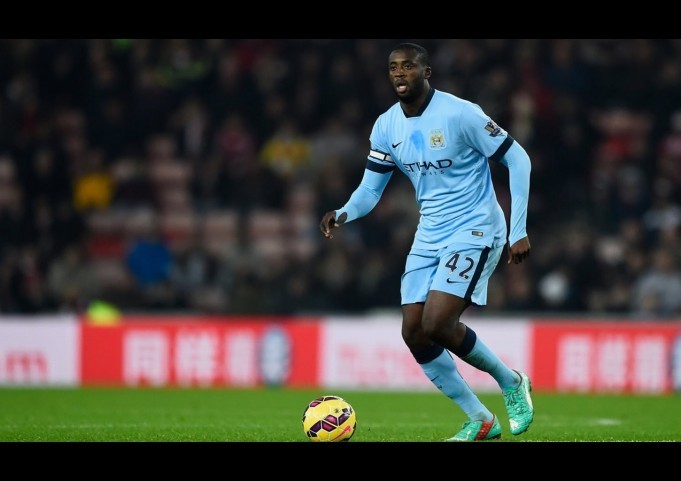 Yaya Toure is leaving Man City and the Etihad this summer 2018. He will play his last game against Brighton on the 9th of May.

Pep Guardiola reminded people of the contribution Toure has given to Manchester City FC and paid tribute to the Ivorian.

There will inevitably be questions of what is Toure’s legacy. The fact that this is even asked is laughable to be honest.

The word Legend is thrown around these days. The big man from the Ivory Coast has undoubtedly earned this title.

The only negatives against Yaya are the actions of his manager. He made him a laughing stock when he made a big deal about a cake that he did not get for his birthday.

Ultimately, real football fans will remember Yaya Toure for his iconic runs from midfield towards the box.

In his prime, he was an unstoppable force. When he ran towards the box, the defenders trying to stop him would look like children hanging on to their parent’s legs.

The goal he scored in the semifinal of the 2011 FA Cup against Manchester United was the goal that ended United’s mental edge over City.

That goal and that game singlehandedly erased the inferiority complex City had. From that day forward, whenever the blue side of Manchester played against Manchester United, they expect to win.

The next pivotal goals were against Newcastle in the year City won their first title since the takeover. At the time, a lot of people were expecting City to choke from the pressure and let United catch them.

Toure stepped up and took charge of that game in a way not many players could.

It would be a shame if the tantrums are what people remember him for. He is one of the greatest players in Premier League history and certainly one of the best to ever wear a blue shirt.

Sheron Sukhdeo Wife Rachel Gets Arrested by The Trini Police