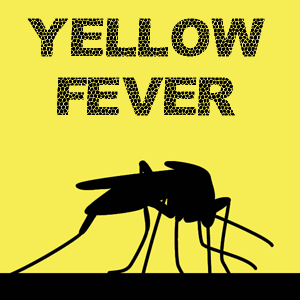 There are stories going around that yellow fever is in Jamaica and citizens are already affected by the virus.

The Ministry of Health has come out and rubbished this as fake news. They claim there is no case of yellow fever in Jamaica currently.

The scientific name for the mosquito is Aedes albopictus. They are called tiger because of the stripe-like appearance they have on their body.

This type of mosquito is capable of transmitting yellow fever, but that does not mean that it is currently doing so.

Similar to how a human being can transmit HIV but it doesn’t mean everyone has it.

The female of the species can also transmit Zika, Chikungunya and Dengue. It is very similar to one of the famous common types of mosquitoes we have in Jamaica; Aedes Aegypti. Residents of Portmore know this species very well!

While there isn’t much need to panic, the Ministry is asking citizens to take the steps to prevent mosquito breeding.

Sanitation or the lack thereof is one of the most common reasons mosquitoes start to breed up in great numbers and transmit their diseases.

The main symptoms of yellow fever are:

If you experience any of these symptoms and they are extreme and seem to be worse than a normal cold, visit your doctor for treatment immediately.

The ministry stated “Yellow Fever is a Class 1 notifiable disease, which means it is to be reported to the Ministry of Health within 24 hours on suspicion by a healthcare professional”.