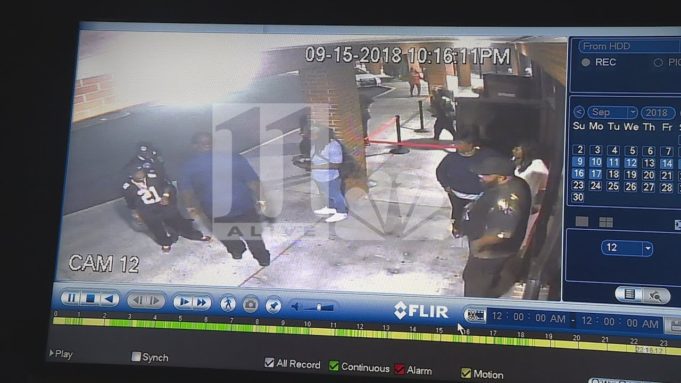 The surveillance footage of Katt Williams being attacked by Wanda Smith’s husband has been released and we have it for you.

After a radio interview over the weekend that saw Katt Williams and Wanda Smith engage in a comedic duel, things have made a violent turn.

Williams got the better of Wanda and the video ended up becoming a viral hit on social media. This seemed to upset Smith’s husband who had an encounter with Williams outside the Atlanta comedy club.

Reports are that a gun was drawn and Williams was chased into a grocery store where he had to call the Police for help.

Here is a video of the incident

The video appears to show the man waiting for Williams at the exit and immediately attacks him, which caused Katt to run off.

This challenges the story that Wanda Smith told, where she claims he was the one who came towards them and was acting as the aggressor.

This is a great example of what happens when someone can dish out jokes but cannot take them. The whole incident has turned out to be embarrassing for the Frank Ski and Wanda Smith show.

British Link Up Roy Fowl Is Dead After Being Shot