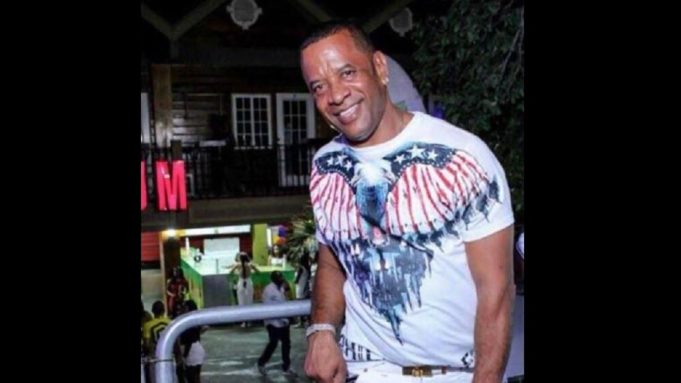 His funeral was attended by his family, friends and fans. Oney British was very popular in Dancehall culture and many from the party scene were out to pay their respects.

What was most surprising was the low key vibe to the funeral. This is in stark contrast to the funerals of the many British Link Up members we have seen died before.

This is a reflection of the changing culture in Jamaica towards men from that era.

Usually when someone like Oney British has a funeral, there is a full circus around it.

People who don’t even know the man in the casket often turn up just to be a part of the hype and be able to say “I was there”.

In other words “dem nuff” as Jamaicans would say.

There was also very tight security around the church as there was a risk that something bad could happen considering the nature of his death and his status.

His fiance Coralee also seemed to have played a role in the more low key funeral.

Often times the widow of the deceased takes the opportunity to make the funeral something to talk about, like some kind of street party.

In the end, it seemed the family just wanted to lay Oney British to rest and get out of the spotlight.

This was not a case of him dying of old age, he was gunned down in mysterious circumstances so there is also a sense of confusion as well as sadness.

Oney lived a lavish life so most expected his funeral would be way over the top.

Who knows, maybe he told his fiance that if the day was to come don’t waste money on putting on a big show funeral.

The funeral had a very touching moment when his youngest daughter gave a lovely reading, dedicated to her father.

The people in the church were clearly touched and it really summed up the sadness of the situation.

It is a fact that Oney British was no saint but his children would still look at him like their hero.

They only know Daddy and not the man from British Link Up who had enemies in the streets, one who ended up taking his life.