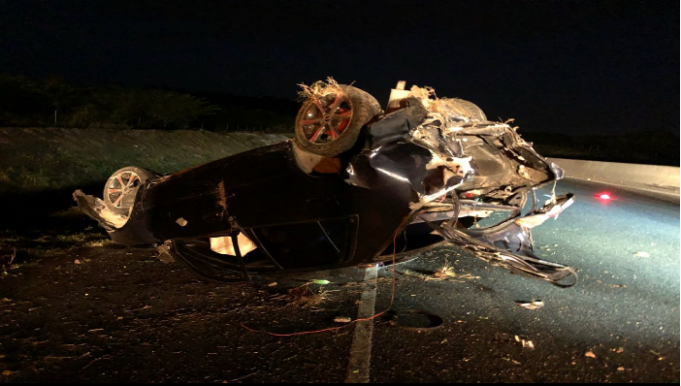 Constable Anthony Bailey was killed in a car accident this morning that left witnesses shocked and aghast. The officer was on the Pj Patterson Highway when he lost control of the vehicle. The car flipped over and he was ejected from the car and thrown on the highway.

While he was on the ground other unsuspecting cars ran over his body and severred his head from his body. It is not known if he was dead before the other cars ran over him or he was still alive up until the moment he got ran over. As you can imagine the gruesome sight has left many traumatised including the drivers of the vehicles whose day went from normal to tragic in a second.

The Policeman was in possession of his weapon before the accident but it is now missing. The Police are searching for it and are appealing to anyone who has it to return it. Let’s hope it was picked up by a law abiding citizen and it will be handed over to the nearest Police station. It would be a real shame if people saw a dead policeman and decide to steal his weapon. Then again this is Jamrock so it is possible.

Constable Anthony Bailey was just 30 years old and in a moment his life was cut short. The cause of the accident is unknown at this point but it does appear that he was not wearing his seat belt. Would that have saved his life? who knows, the only thing that is sure is that another life is cut short unfortunately.