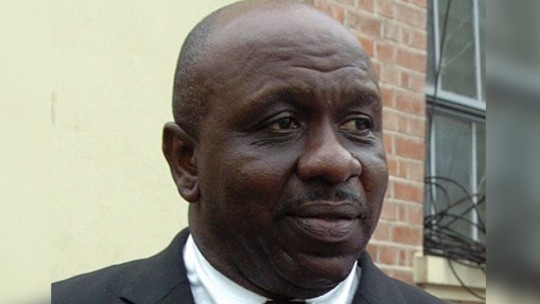 Retired Senior Cop Harry ‘Bungles’ Daley has been caught up in another corruption scandal.

This is after a video has surfaced with a man who alleges that ‘Bungles’ was a major player in the Spanish Town based gangs activities.

The witness alleges that Harry ‘Bungles’ not only supplied guns to criminals but he also personally ordered them to carry out murders against not only his enemies but also their own friends.

The allegations surfaced in a YouTube video from the channel “Reggae Dub Scene”.

That video was followed up with a Part 2 shortly after as the viewers in the comments were begging for more.

The man speaking in the videos says he is currently in the United States under witness protection.

It seems he was put on the programme to save his life after he brought allegations against very senior members of the Police Force as well as gang members.

The man goes into great detail explaining how he was a very close friend of ‘Bungles’ and this is how he knows so much about him.

He alleges that the former senior cop is guilty of drug trafficking, murder, extortion and even carnal abuse.

The man claims that the gangs in Spanish Town only operate because ‘Bungles’ allowed them to and he was the one who actually benefits the most from the extortion ring that operate in the olc capital.

In 2009 Harry ‘Bungles’ Daley was convicted on corruption charges and sentenced to 18 months in Prison.

He ultimately “buss di case” and was freed in 2013 of all the charges.

His hot shot team of lawyers made the prosecution look like amateurs and he walked away from the case.

This witness is the first time we have ever heard anyone come forward and go into so much detail about the former senior cop.

The Jamaican people have always heard rumours about certain members of the Police Force as people rarely come forward and call them out by name.

The man in the video does seem to be in a predicament as he is saying that he now faces the risk of deportation.

The witness protection programme is failing him and he is now in a battle to remain in the United States.

So far, Harry ‘Bungles’ has not commented on this video but it’s safe to assume his lawyers will soon come after the person interviewing the man.

They will release the usual statement that legally he is an innocent man who has dedicated years of service to the Jamaican people.

They will proceed to warn that the statements in the video are subject to libel and the person who runs the channel will likely take it down.

Don’t expect anything to come out of this though, it is more likely that you will see snow in Half Way Tree.