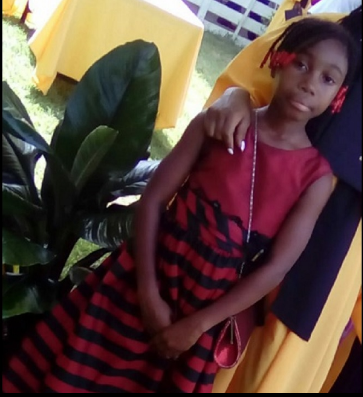 The body of 9-year-old Kadijah Saunders was discovered lying in Westmoreland bushes on Tuesday night.

She was a student of the New works Infant and Primary School, which is also located in Westmoreland.

What is even stranger is that the Police has taken a 13-year-old boy who attends her school into custody. The Police believe he can help them in their investigation.

The evidence on her body suggested that she was strangled to death. Kadijah Saunders was found after she failed to return from school and a search team went to look for her.

As more information is released, we will update you on this strange case of murder involving children…….