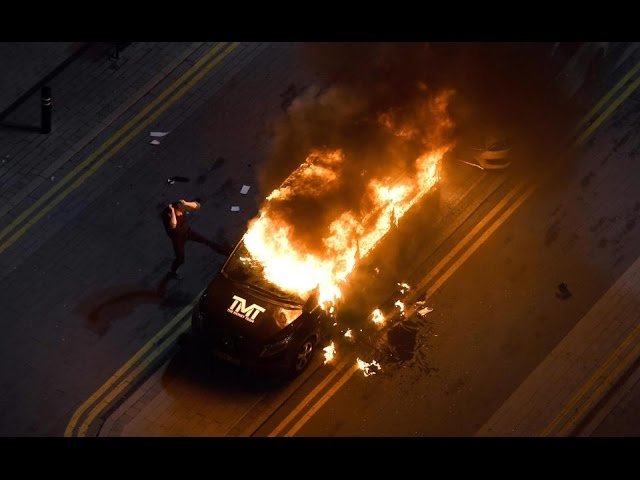 The St. Andrew community of Cassava Piece aka “gully side” is currently in turmoil after 23-year-old Lorenza Thomas aka ‘Israel’ or ‘Trulups’ was shot, chopped and his body burnt.

The brutal killing shocked the community that was going through a quiet period recently. All that has been destroyed now as residents are fearful a war has broken out.

The man was attacked in the early morning when the doors to his house were kicked in and the assault began. The manner in which he was killed seemed like his attackers were trying to make a statement.

Dancehall artiste Mavado has also been caught up in the mix up as the incident that allegedly started the war began with him.

It is alleged that he went into the community of Cassava Piece to settle a dispute between his son and some men from the community. In the process, shots were fired in the direction of the deejay.

Mavado has now been called in for questioning by the Police who thinks he can help them in the investigation relating to the death of ‘Israel’.

The man who fired the shots at Mavado is already in Police custody. Lorenza Thomas was a close friend of that man and it is being theorised that his death is in retaliation for the earlier incident.

Fans of Mavado are already taking to social media, hoping the deejay doesn’t end up like the many others from the industry who are caught up in legal issues.

His longtime nemesis Vybz Kartel is currently behind bars as well as legends such as Ninja Man and Buju Banton.

Mavado will need to report to the Police by tomorrow at midday for questioning, which will be tricky as it is being said the deejay is currently out of the country.

Even though it is easy to accuse Mavado of being behind this, that is also very dangerous to assume. The Gully Side community has a lot of underground tensions, even things are peaceful all it takes is one spark and flames ignite.

By all accounts, Mavado went to Cassava Piece to be a peacemaker, so it would be rather strange for him to have anything to do with these attacks.

We will update as we get more information…..

Video-Angry Man Pulls A Gun In NCB Half Way Tree