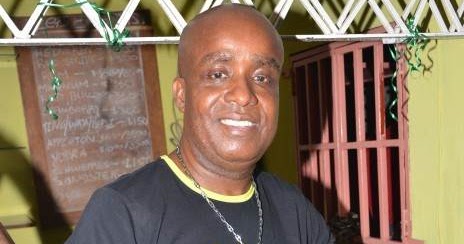 He was killed in Kencot after being ambushed by two bike riders.

He was standing next to his burgundy Range Rover when the attacked happened and he ended up taking last breath in front of the vehicle.

Roy Fowl was one of the leaders of the now infamous British Link Up crew from London.

They were some of the original flossers in Dancehall culture. Roy Fowl in his prime was one of the richest men in the Jamaican party scene.

The British Link Up crew was known for driving the latest cars, having the hottest girls and spending crazy sums on clothes, jewellery and liquor.

Roy Fowl lost most of his wealth when he was arrested by the British Police and sentenced to 13 years in prison.

He ended up serving 11 years in Jail and returned in Jamaica.

He still has his name but no longer had the financial muscle he once had.

When he was the top man in British Link Up it was almost impossible to get near him and hurt him.

The past few years he has become much more accessible, making it easier for a threat to harm him.

Unfortunately for him, his luck ran out Friday night and he has now joined the long list of murdered members from that crew.

Their funerals are often used as an exhibit for fashion and extravagance.

The most expensive brands are often on display, even from some who claim they are poor.

The last funeral of this kind was for the late don called “Radigan”.

Roy Fowl is from the same era and will probably have a similar send off.

Now that he is dead, expect to see and hear flashbacks of that infamous British Link Up era.