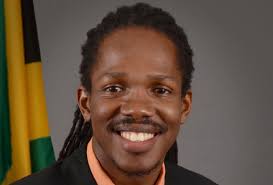 Today is the day of judgement for PNP Candidate Damion Crawford and his counterpart Ann Marie Vaz of the JLP.

Today the voters from #PortlandEastern will take to the polls to decide who becomes the MP for the constituency.

The by-election was called when the previous MP was killed in a case that has more questions than answers.

This cleared the way for the showdown between Ann Marie Vaz aka #ActionAnn in the green corner and Damion Crawford aka #ForwardwithDamion.

It was an interesting match up from the start. Vaz is a newcomer to politics but has been active on the scene due to her husband being MP Daryl Vaz.

Crawford has been in politics for quite some time now and has enjoyed a roller coaster ride so far.

He came on the scene as a bright young spark for the PNP, a symbol of change and youth.

Unfortunately, it didn’t take long for him to descend into the same tribal rhetoric that was common in the previous generation of politicians.

He might not know it but his “Dutty Labourite” speech was the moment he lost the Jamaican people’s support.

Before this moment he was seen as a future Prime Minister by a lot of people, including “Labourites”.

This speech turned him into the “loose tongue Rasta youth”. His popularity has never fully recovered.

Still, he bounced back and went on a decent run, only to lose his seat in controversial style.

Ann Marie Vaz on the other hand isn’t known for saying anything.

She is clearly not gifted with the speech giving side of things. This can be fatal as the Jamaican people are used to having charismatic and bold leaders.

Her timid style may be interpreted as weakness but time will tell.

She has has the advantage of being in the area long before Crawford and being more familiar with the locals.

She is running on the basis of being an action woman, a strategy that is actually very clever.

The JLP knows Crawford will talk his way around her all day, so they concede she can’t win that fight but instead will let her actions speak.

He is the one that has his career hanging on by a string.

If he loses this by-election he is done for, at least in the short and medium term.

The only thing that might spare him if he loses is that the PNP really doesn’t have a lot of options right now.

Whatever his flaws, Crawford is still one of the few youngish people in the Party that can resonate with the youth. 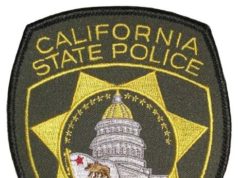