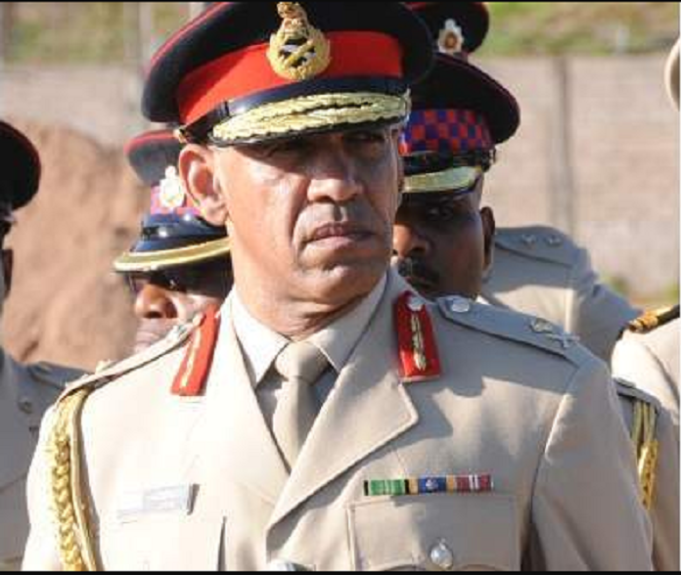 The new Jamaican Commissioner of Police is Major General Antony Anderson. His first arrest should be whoever spelt his name Antony without the H. Did the nurse at the hospital make a mistake when she was typing up the birth certificate?

Fun and joke aside, Major General Anderson has a huge task on his hand. I am sure he knows full well that he is now in the mouth of the lion and he will be challenged like he never has before.

His experience with the JDF would make him more than qualified to take on the role as Police Commissioner but this is on another level. The JCF presents new challenges that the JDF doesn’t really struggle with such as;

* Jamaican people trust the JDF but they don’t trust Police

* The spotlight is on the Police 24/7 but the JDF is not as closely scrutinised.

The general is now a target for criticism

When you’re working behind the scenes you can escape criticism but when you are the Commissioner that goes through the window. Major General Anderson will now feel pressure like never before, trust me on this.

The Police Commissioner job in Jamaica is like a serious illness. Side effects include; grey hairs, wrinkles, blood pressure increase and frequent headaches. It really isn’t for the faint of heart but then again this man is a Major General for a reason. This is no cub scout that just got the top job.

good luck Mr Anderson but we are impartial on this site

Like most well-thinking Jamaicans, I sincerely hope the General turns out to be a success. It is impossible to turn Jamaica into a low crime country overnight but we should demand and expect a reduction in the diabolical murder rate that we are experiencing.

We need the politicians to give Major General Anderson the tools he needs to do his job properly. He needs to push out the corrupt elements out of the force that is contributing to the crime, it’s no secret that the Police have their hands in all kinds of “bandooloo” activity. Once the trust is restored in the force, people will be more willing to work with its members.

Often when I post about people who refuse to help the Police solve a crime, people contact me telling me that they fear that the same Police they “inform” to will go and tell the criminals. That is the country we live in unfortunately and Mr Anderson has his work cut out for him. Wish you the best General!