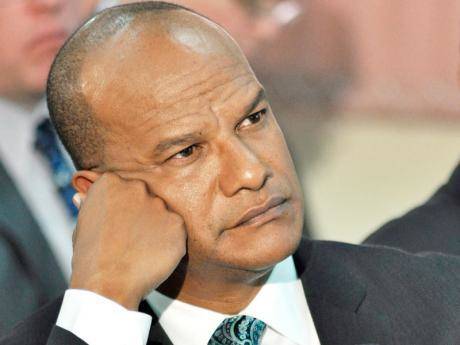 Peter Bunting has been going through a rough patch lately. This latest bundle with Dr Nigel Clarke follows closely behind his comments about the Chinese construction companies in Jamaica.

Bunting came out on the front foot against the Chinese Last August. He accused them of using unfair practices in the construction industry. He made a bold claim of “Economic Colonialism” and those words echoed around the nation like a gunshot in a valley.

As a senior politician in Jamaica, Peter Bunting had all right to voice his concern if he has evidence to back up his claims. Attaching the word colonialism was clearly a shock tactic and was a reach. People need to stop devaluing powerful and dangerous words. Colonialism does not come with a choice.

Peter Bunting and the PNP were best buddies with the Chinese when they were in Power, so how all of a sudden they are Colonialists? You help to open the doors to them. You cannot invite a man into your bedroom to lay with your wife and then call him an intruder.

The PNP left him standing alone

Within days the PNP leader Dr Peter Phillips came out letting the Chinese know that they don’t want any problems. The party basically left him out to dry like a bingo panty on a line. Bunting quickly realised that even he will get thrown under the JEEP if he comes in the way of the Chinese relationship.

Peter Bunting is not great at expressing himself

Fast forward to the recent by-election between Nigel Clarke and Keisha Hayle in the North West St Andrew constituency. Peter “controversy” Bunting was again thrown into the limelight when it surfaced that he made a remark likening Dr Nigel Clarke to “Black Royalty” from colonial times.

Peter Bunting likes to talk about colonialism so he should know that the way he described Nigel Clarke made it sound like he was calling him a “Boasie Slave”. That was one of the terms used to describe the educated blacks who were seen as being “Bourgeois” and “Uppity” during British colonialism. They spoke different and had different mannerisms to the poorer and less educated blacks.

When a black person is well spoken and does not fit into the usual negative stereotypes that are attached to black people, they are accused of “acting white“. Apparently, only whites are supposed to be well educated and have a vast vocabulary to draw upon. This mentality is held by a lot of Jamaicans to this day.

Now, of course, Peter Bunting did not call Nigel Clarke a “Boasie Slave” but his words insinuated it. It made aspiring Jamaicans upset because they feel like they are stuck between a rock and hard place. If they are non-progressive and uneducated they are labelled as “Cruffs” by some, but if they become well educated and achieve social mobility legally, they are accused of thinking “their s*** can make patty” by others.

Bunting is guilty of divisiveness, that is the real issue here

Peter Bunting has now come out to clarify his comments about Nigel Clarke. He maintains that the words were not meant in an offensive way and based on his track record of verbal mishaps I give him the benefit of the doubt. What Peter Bunting is 100% guilty of is divisive language that only hurts the people he claims to represent.

His words set one group of black people against another. It sends the message that those “Black Royalty” types are not like the rest of us and therefore cannot represent us. What makes Peter Bunting’s comments about Nigel Clarke peculiar is that the Big boss for the PNP, PJ Patterson was the ultimate example of “Black Royalty”.

PJ Patterson and Nigel Clarke are very similar in a lot of ways, despite being on two different sides of the political fence. Both brilliant in academics and well respected by their peers for their accomplishments in and out the classroom. Peter Bunting didn’t have to look outside as he had “black Royalty” beside him all along.