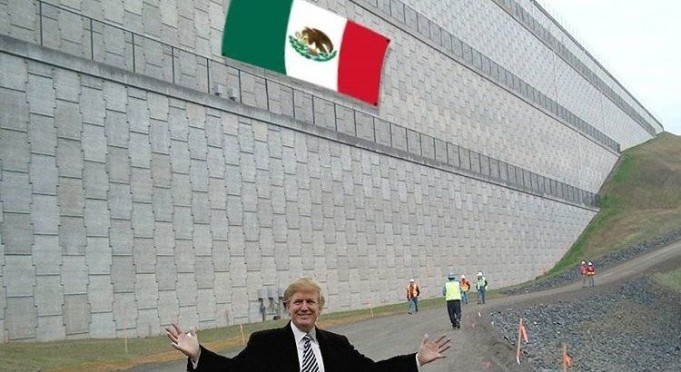 One of Donald Trump’s campaign highlights was his promise to build a wall along the US-Mexican border. This has been the topic of many discussions as people for and against battle over whether it is even needed in the first place.

One of the biggest questions that seemed to go unanswered for a while is how much will it cost? now we have a realistic figure and it is mind-blowing(if you’re not used to seeing these kinds of numbers thrown around). The wall is expected to costs US $18 Billion, that’s with a B. To put that into context, Jamaica’s entire GDP is US $14 Billion.

There was an environmental challenge being made against the wall but a judge ruled that this has no merit and has dismissed the case. This does not mean that the wall has been approved fully yet as Congress is yet to sign off on the funding for the mega construction.

The huge cost of the wall already has some claiming this is a waste of money as it could be put to better use and for better reasons. The reality is that Donald Trump came to power promising a border wall, so he has to at least try to build one. If he gets blocked by Congress then he can say “I tried my best” but ‘they’ blocked me from fulfilling my promise. This would make him look like a victim and not a fraud who promised something and did not deliver.

Now the only thing left to see is will Congress approve the wall and how effective it will be when it is complete. Mexicans built tunnels to free “El Chapo”, I don’t think they will have much problems getting over or in this case under a wall.