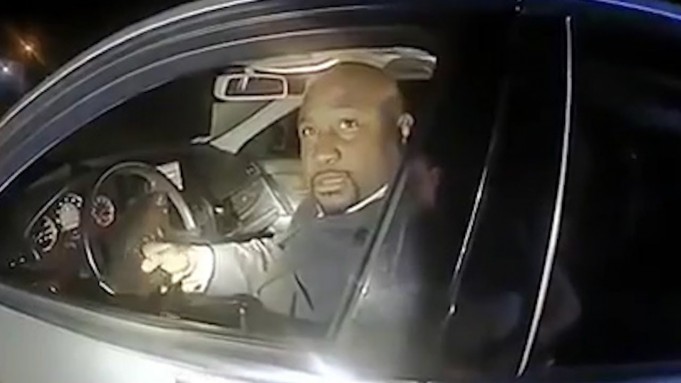 The President of an NAACP chapter was caught in a lie after he was exposed by a police body cam. Jerrod Moultrie who is also a Pastor of a local church showed a clear lack of integrity and poor judgement.

After being pulled over by the police, he took to social media to cry about police injustice. He was trying to milk some sympathy from the gullible crowd that lives on social media but his plan backfired.

On April 14th, he wrote on Facebook “Tonight, I was racially profiled by Timmonsville Officer CAUSE I WAS DRIVING A MERCEDES BENZ AND GOING HOME IN A NICE NEIGHBORHOOD”

As you can see from the video below, the Pastor is a pathetic liar. He wasn’t even driving a Mercedes Benz, clearly he is behind the wheel of a Toyota.

Why would he even need to lie about something as simple as that? it only gets worse after that as he claims his wife and grandchild was in the car and he feared for their lives.

This was also proven to be a lie.

Rev. Jerrod Moultrie is not the first of his kind. He is the type that cries wolf and milks racism for his own gains.

He was looking for huge social support so he can become the next voice of black people. This seems to be a very lucrative role in America.

People like Al Sharpton and Jesse Jackson has made a fortune using this strategy.

Unfortunately for Jerrod Moultrie, he was being recorded the whole time. Now he is exposed as a liar and a fraud.

Still, this is unlikely to have any impact on his status as Pastors. He will still get support and he will still be at the front of congregation collecting offering and tithes Sunday morning.