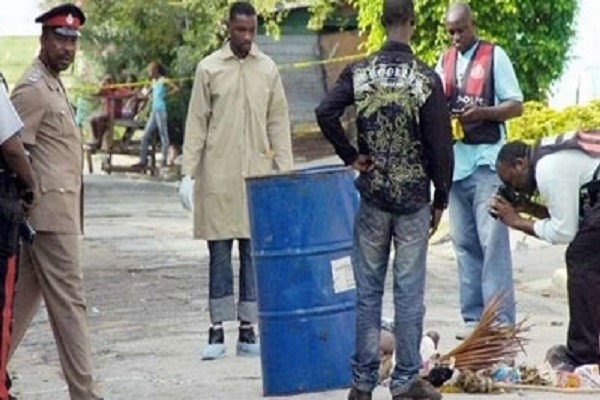 Remember when August Town went the entire 2016 without a single murder? it was a fluke or as we say in Jamaica “buck ups”. The video light peggies were out in full force, acting like they achieved anything. Posing for pictures like they just won a Grammy or an Oscar. I notice they have been silent lately, missing from the spotlight.

Last Friday, four people were killed one time in the area and now the residents are nervous. They are expecting reprisal killings and who can blame them? The Police have now set up a curfew in the area to try and delay the bloodbath. It’s not about being pessimistic, it’s about being realistic. People will die in retaliation for this quadruple murder.

dweet again since you have the formula

In 2016, August Town recorded no gang-related murders and there was big excitement surrounding this. This was obviously a good thing as fewer murders in Jamaica can never be a bad thing. I did warn people to be careful and not look too deeply into this as a sign that August Town is now a case study on how to rid Jamaica of Crime.

gunmen were not at war in the community

As long as young men have large stockpiles of guns and ammunition, combined with a complete lack of respect for human life or law and order there will be blood. If these young men just decide to cool out because they are not at war with each other, how on earth can it be seen as that community being reformed? All it takes is for one dispute and we are back to square one. August Town was never a success story, it was proof that Jamaican leaders are short-term thinkers and giddy-headed. When they were busy smiling for pictures, gunmen were busy oiling their guns waiting for the day the next man “diss” one of them.

We can only hope that the law-abiding citizens in August Town don’t get caught up in this wave of violence. Welcome back to reality as well, the honeymoon period is over. Gunmen pick and choose when they want to declare war, unfortunately.