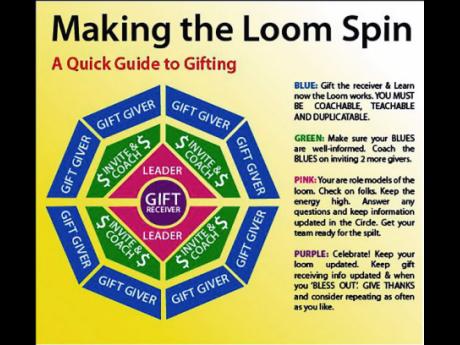 39 year old Ricardo Hewitt, founder of the Loom “business” has been killed in Montego Bay.

Last week Friday, his body was found in his Nissan motor vehicle with multiple gunshot wounds to his body.

For those who are unaware, Loom is the latest scheme that promises to make people rich overnight.

As usual, it promised to take a small amount of money and turn it into huge sums with minimal risk.

Of course, most sane adults would not fall for such a trick but history has proven that Jamaica has a very gullible population and if you play your cards right, you can get people to hand over their hard earned money.

Actually, let me take that back. Nobody who actually works hard for their money would hand it over so easy to some nonsense they see being promoted by “instagram models”.

Ricardo Hewitt was killed in Montego Bay, but that probably doesn’t surprise you as the second city is now infamous for being scam city.

He was also the owner of a website called “Shopinja”, but I guess that was making money fast enough.

Even with the Cash Plus scandal, people are still falling for these scams.

Ricardo Hewitt and Loom might be dead, but there are many more just like him who are aware of our culture’s obsession with overnight wealth.

Another one will pop up and start a new scam and more fools, sorry I mean victims will fall for it.

For those Instagram girls who were  Loom this scam to people, I hope you can sleep in your bed at nights.

Let’s just hope the people who killed Ricardo Hewitt don’t go looking for them as well…………………….

Meek Mill Is Free, He Was Granted Bail And Is Home