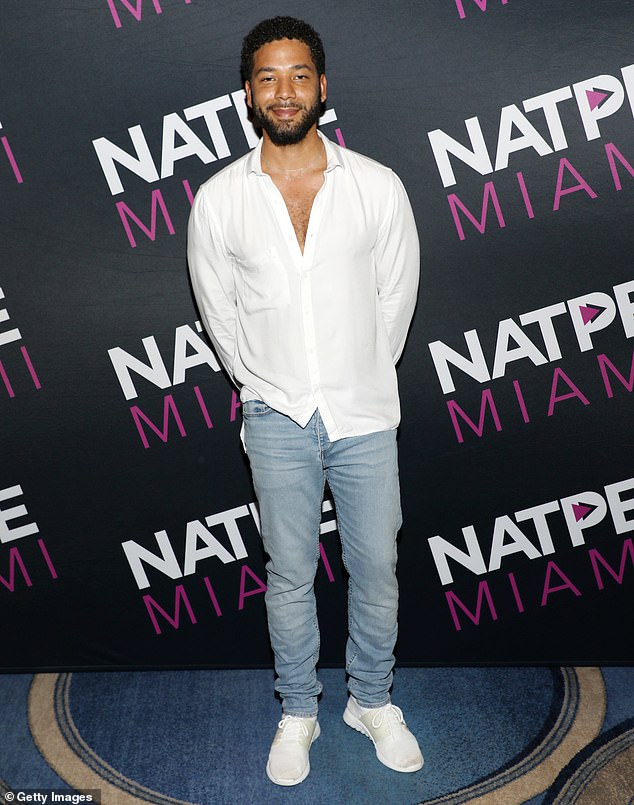 Empire star Jussie Smollett became the latest social media MAGA victim when he made claims that he was attacked by two white men, wearing MAGA hats.

He claims they screamed this is “MAGA Country” while they were attacking him.

As expected, all the righteous celebrities on social media rushed to pour out their hearts and remind us how this is all because Trump is in office.

This is the image that was released to the public after Smollett was beaten and had a rope placed around his neck.

The story sounded incredible from the beginning. The idea that he just so happen to run into two masked white men in the freezing cold Chicago weather, who had MAGA hats and ropes.

Chicago? not some back road in Alabama, but Chicago? that sounded crazy from the start.

What really raised eyebrows was when he said he went on the road at 2 am to get food and just happen to run into these men.

Jussie Smollett does not hide the fact that he is an homosexual. Men who live this lifestyle are known to do what is called “cruising”.

This is where they go on the streets looking to have random sexual encounters with men.

Just to be clear, we are not saying he is lying or dismissing the fact that he was attacked in some form.

We are just saying this story has a lot of holes in it and due to the seriousness of the nature, these questions need answers.

Why was a rich and famous actor walking on the road by himself at 2 am?

He claimed he went to buy Subway at 2 am? does Subway even open at that time?

Which group of white men are walking around in Chicago, a city full of blacks with MAGA hats and ropes?

Why hasn’t the Police seen any video evidence of this attack even though they have footage of him walking around.

Here is a statement from the Police that they have not found any evidence of any such attack.

CBS News reports that surveillance video, obtained by police, shows Smollett walking around but doesn’t show an attack/assault.
Chicago police tell CBS News that they don’t yet physical evidence proving the crime happened, but police have not said the claims are untrue.— David Begnaud (@DavidBegnaud) 30 January 2019

Famous musician George Michael was known to be a fan of “cruising”. He would hang around parks at late hours picking up men and having random encounters with them.

If Jussie Smollett was out cruising, he needs to be honest with the American people.

His story of two white men walking around with ropes and MAGA hats is just too coincidental for thinking people to believe without more proof.

Chicago is the home of black gang bangers and these two white men thought it would be a good idea to walk around with ropes to hang a famous black man.

This comes weeks after the Catholic schoolboys and Native American scandal.

In that incident the liberals also jumped out the gate with no evidenc and were ashamed when the facts came out.

This is likely a similar case. This story does not add up but eventually what is in the dark will come to the light.