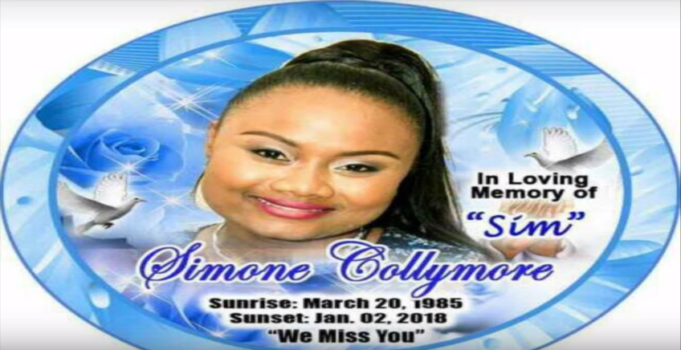 Today, March 20th is Simone Collymore’s Birthday. She would have turned 33 years old today if she was still alive and well. This story might not be hot anymore, but we cannot forget this woman and the savage way she lost her life.

She was a well-loved mother of two, who was also a successful businesswoman in her own right. Those who knew her have nothing but good things to say about this woman. Unfortunately, evil does not care about character reference.

For this post, I will not even speak to the main suspect as he will get whats coming to him(assuming the justice system delivers). Instead, the focus is on Simone Collymore and the birthday she did not get to see in 2018.

“Sim” as she was affectionately known as by her friends and family was actually quite the boss lady in real life. She recently built a number of apartment complexes and was in the process of completing the sales. She has now died and left them all behind.

People only speak of the insurance money as the only motive, but guess who would have been solely responsible for those apartments after she died? yup. Her portfolio was much bigger than insurance money and if the evil plan the accused had worked out perfectly, he would have inherited all those assets as her husband.

Taxi Man Who Killed France Nooks For $100 Still Not Caught

Video Of Khabib Attacking People After The Conor Mcgregor Fight