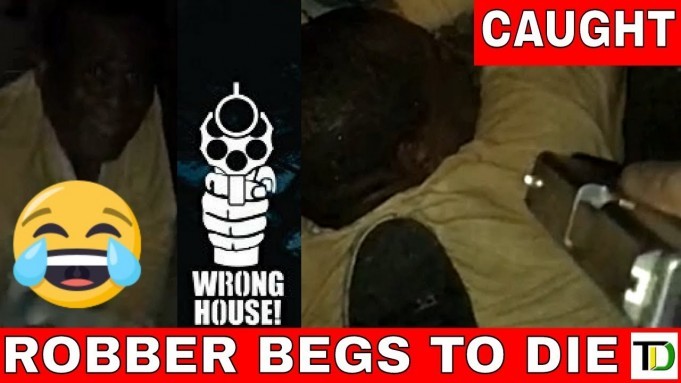 This is either going to laugh or feel sad. Some will say the homeowner should have just granted the man his wish and shoot him and others will praise him for being merciful. It should be noted that from a legal point of view, a licensed firearm holder cannot put someone on their face and then kill them execution style.

the homeowner did the right thing legally

The man was caught breaking into the house and was caught and surrendered with much resistance. Legally, the homeowner cannot shoot him at that point. The threat has already been neutralized, so the next legal step is to hand him over to the Police.

With that said, puss and dog don’t have the same luck. If that man had broken into the wrong person’s house, he wouldn’t need to be begging for the man to shoot him as he would already be dead. He wanted the man to kill him because of the shame that is about to follow. He did not want his “3 children” to know their father was a thief. Instead of facing them, he seemed to prefer death.

Personally, I don’t feel sorry for him but that isn’t going to surprise anybody who reads this site often. House break-ins are one of the biggest violations of security anyone can face. Your home is supposed to be your fortress and the moment someone breaks in it, you just cannot sleep comfortably again.

Here is the video of the incident, it comes courtesy of Teach Dem on Youtube.

What do you think about this video? you think the homeowner did the right thing and should be given credit? There are a lot of folks who are saying he should have “finished him off”. It’s easy to say that when you are not the one who was faced with the situation……..

Full Video of The XXXTENTACION Shooting Has Been Released

MP Dr. Lynvale Bloomfield Stabbed To Death In His Home