One of the most annoying lies(there are many) told in Jamaica is that the Chinese are the opposite of local Jamaicans as they do not buy luxury goods. They are super humble and don’t care about dressing nice, driving luxury cars or living in mansions. People who spread these lies are either ignorant or envious, let me prove my case.

We live in a time when information is one click away. Everyone is walking around with these expensive smartphones with data plans, yet it seems to be a burden to just research basic things before spewing dogma and half-truths. Anybody can look into the facts about Chinese consumers and their spending habits. It really isn’t rocket science, but full grown adults would rather just walk around and repeat the same nonsense some other ignorant person told them. 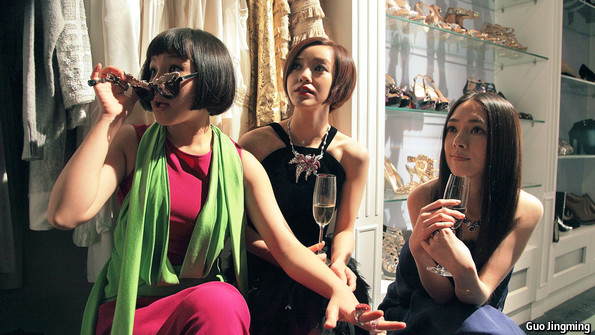 You might be thinking envy? what does that have to do with the “Chinese are not like Jamaicans” myth? Jamaica has a number of traditions that are passed from generation to generation; playing dominoes, eating rice and peas on Sundays, drinking Sorrell at Christmas, watching other people’s things and not minding your own business etc. For some reason, Jamaicans cannot bear to see people who look like them succeed. If you want to make people dislike you for no reason, just get yourself a BMW or a nice house. It doesn’t even have to be that much, just get a nice pair of shoes. Suddenly, you are being told about the Chinese and their “humbleness”. 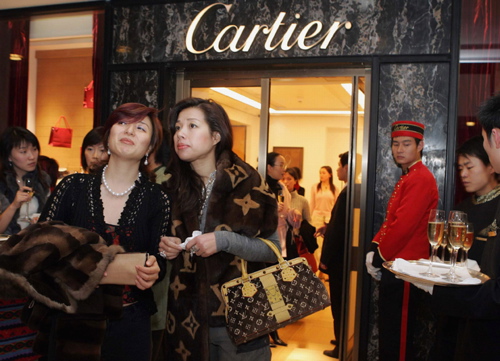 “The Chineyman doesn’t even wear chains, they don’t buy Benz and Bimmer, they just live humble like peasants” Nonsense! Globally, the Chinese are some of the largest luxury consumers. The Chinese buy so many luxury goods that even when the Chinese Government raised taxes on luxury goods, it could not slow down the consumption. Chinese who live in Jamaica walk around in “cheap” clothes because they do not trust local Jamaicans. You think they work so hard to eat sardine and tin mackerel? a lot of them send their money back home and go flaunt their wealth back in China.

“China is the fastest-growing luxury market” and driving global luxury trends, said Andy Palmer, Aston Martin’s CEO. The luxury SUV is a market that was “originally driven by the Chinese. That’s a perfect example of why China is important.” Cars like BMW and Audi are too regular for wealthy Chinese spenders. Brands like Ferrari, Lamborghini, Maserati, Porsche etc. are now seeing record profits, driven mainly by their Chinese customers. proof here 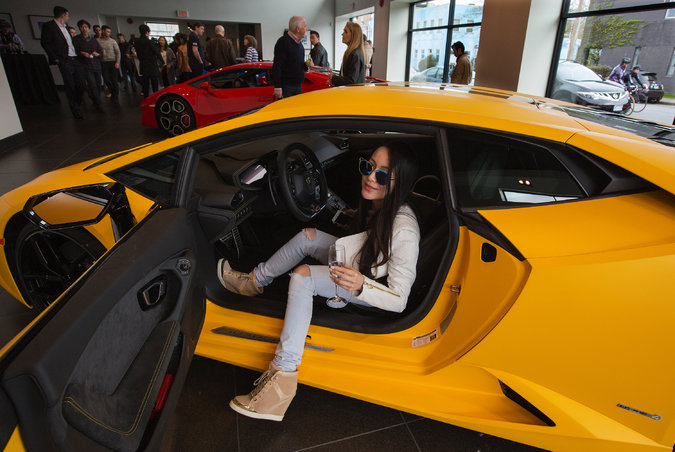 the Chinese are the second largest luxury consumers in the world

The same Mr Chin, you see walking around in his old shoes in Jamaica probably has a Lamborghini back in Beijing that you helped him to buy. Only the UK outspends China in luxury goods, Business Insider facts here and anyone who has been to London can tell you that it’s not local British people who fill high-end stores. It’s Middle Eastern and Asian customers who fly over to shop. Sue ling, after she “box” your daughter in her store, jumps on a plane and heads to London to buy out the Gucci store. Simple as that.

stop tearing down the few successful Jamaicans we have

Many Jamaicans are too quick to tear down their own and uplift others. They just can’t wait to accuse you of “getting hype” or “rich and switch”, but of course they cannot say they dislike you for your achievements so they use the Chinese to disguise their hate. The fact remains, Luxury brands like Balmain and Ferrari are not in business because of local Jamaicans. It is Europeans, Asians and Middle Eastern people who consume the most luxury goods, not black Jamaicans.

The same Jamaicans that praise John Travolta for his runway in his backyard are the same ones that claim Mavado is “too hype” for his mansion and luxury cars. Are we all suppose to drive Flinstone cars to prove how humble we are? first of all one is humble based on their thoughts and mannerisms, not their possessions. A man in a Porsche can be humble and a hand cartman can be an egomaniac.

If you admire the Chinese then fine, no problem. They have achieved a lot in Jamaica, but don’t use them as a weapon to stifle other people’s success. If a local Jamaican wants to buy a Benz with their money then they should be able to do that without hearing about the Chiney man and what he likes. Frankly, why do we even care? we live by other people’s standards now? that’s weird, I thought this was Jamaica but clearly, it’s little Beijing.

Taxi Man Kills Passenger For His Fare On Hope Road