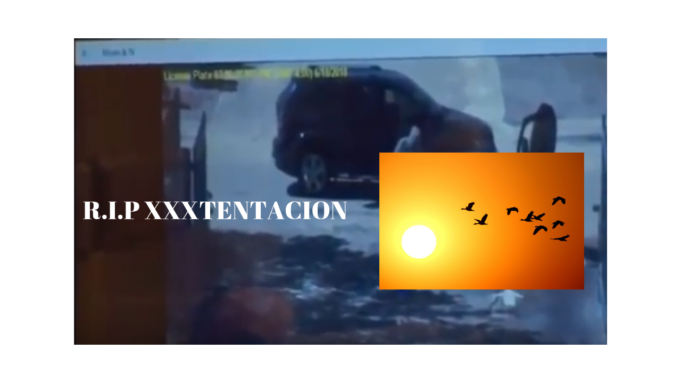 The full video of the moments that led up to the death of rapper XXXtentacion has been released.

We now have a much better idea of what happened that day when the promising young rapper lost his life in Florida.

The footage was shown in a bail hearing for one of the suspects accused of playing a role in the death of XXXtentacion. The whole thing was played in a Broward County Court and it was captured by WPLG News

Two men run up to the driver side and point guns at the Florida rapper. The passenger in XXX’s car then runs out of the vehicle and leaves the door open.

He could not drive away from the scene

We have done the research and it turns out that even if he wanted to drive off, he couldn’t because the door was open on the passenger side.

The video shows that he also put up a struggle with the robbers, one of them even ran around to the passenger side to grab the Louis Vuitton bag he was travelling with that reportedly had $50,000 inside.

It was after this struggle that the taller of the robbers opened fire on XXXtentacion and he was killed instantly in the driver seat.

British Link Up Roy Fowl Is Dead After Being Shot