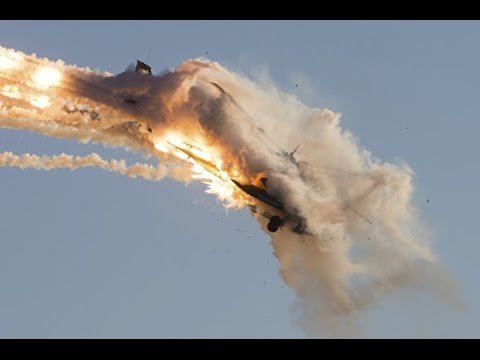 An Israeli F-16 fighter jet was shot down over Syria this morning(10/02.2018). This is the most serious case of military escalation between the two countries in years and now has the region on high alert. The Pilots who were flying the Israeli F-16 jet ejected from the aircraft and are still alive. Their aircraft was completely destroyed however and that will not be taken lightly by the Israelis.

The problems started when Israel saw an Iranian drone flying over its airspace. They immediately shot down the object and went on the offensive against Syria, who is their neighbour and was also the location where the drone was launched from. While they were retaliating with airstrikes is when they were caught off guard and the jet shot down by Syrian missiles.

Israel was caught by surprise by these new missiles

The Israeli Air Force is used to the Syrians having old, outdated missiles that are usually no match for their weaponry. The last time Syria shot down an Israeli plane was 1982 during The Lebanon War. The Syrian army is now equipped with modern Russian S200 missiles and it is reportedly one of these missiles that shot down the Israeli jet this morning.

This is what the feared S200 missiles look like

This could be a blessing or curse for Israeli Prime Minister Benjamin Netanyahu. He is currently under huge pressure as he has been accused of serious corruption by his country’s Police Chief Netanyahu corruption charges here. He was supposed to have large protests against him tonight in Telaviv and other places.

The crash site for the Israeli F-16 jet

Now that the Israeli Jet has been shot down, he has the opportunity to escalate the conflict with Syria and Iran and distract people from his local corruption accusations. If people are afraid of missiles falling then those protests will be cancelled. The Israeli people always unite when they think they are under threat so it will be interesting to see which way Netanyahu takes this situation they are faced with.