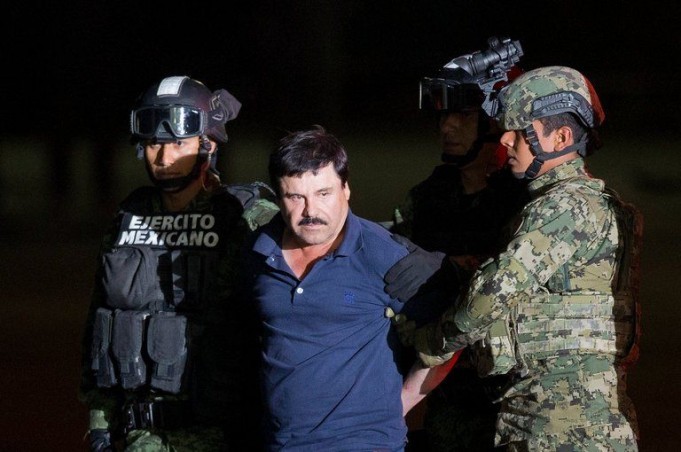 The Mexican Drug Lord Joaquin ‘El Chapo’ Guzman is currently having a hard time paying his lawyer fees. Now you may be asking, how does a man who has amassed over a billion dollars struggle to pay his bills? the answer lies in the restrictions he is under while he is in custody.

As you can remember ‘El Chapo’ has escaped not once, but twice from Mexican prisons. When he was captured the second time, he was transferred to the United States as it was clear Mexico could not keep him behind bars for long. His pockets are too deep and his connections are too far-reaching in Mexico so it was always going to be a challenge to lock him away permanently.

The Americans have cut off his cash flow

All the money in the world means nothing if you can’t access it. Guzman cannot make any requests while he is behind bars to people on the outside. He literally cannot tell his wife to bring him some food, not even some Wrigley’s chewing gum.

Obviously, drug kingpins money isn’t stored like regular citizens. His wealth would be hidden in safe houses, underground, offshore bank accounts etc. This makes it difficult for his friends to get to as they need specific instructions from him as to where to find the money.

It was reported that some of his friends were helping him pay his fees but they have stopped now as it is too expensive. This is proof that there is no loyalty among criminals. The members of his cartel would have made millions, maybe billions with him but now his back is against the wall they are hanging him out to dry.

other people want to be don now

There is no way drug traffickers of this calibre can have a problem helping ‘El Chapo’ pay his bills. What is more realistic is that they see an opportunity to take over the territories he once controlled. They actually want him to be sent to prison for life, this is just the nature of the drug business. Power is more important than loyalty!